US-60 asphalt pavement removal kicks up dust, pelts cars with rocks in Mesa

US-60 drivers in Mesa say they're having dust and rock issues during an asphalt pavement removal project. ADOT says it's aware and is working to prevent the issues from happening again.

MESA, Ariz. - There are road closures on the US-60 in Mesa on Nov. 13 and 14 with workers continuing to remove asphalt on the roads.

They've been working on it at night during the week and the construction has been causing a lot of dust – drivers say there are rocks everywhere.

The closures span between Gilbert and Greenfield roads. The construction is scheduled to end Monday, Nov. 15 at 5 a.m.

Tempe woman Heather Dopson said, "It was a really weird thing 'cause there was no weather or anything. It sounded like hail was pelting my vehicle, and I realized it was rocks."

Several drivers reported the same nerve-wracking experience as their vision clouded and their vehicles were hit with debris.

Oscar Stephenson described it as a "big dust storm, rocks in the windshield and you couldn't jam on your breaks 'cause it was work hour traffic."

The commute was more or less bumper to bumper.

An Arizona Department of Transportation spokesperson explained that workers have been working to remove the top layer of worn asphalt in that area of the US-60, a task that's proved more difficult than they had imagined.

ADOT says it's "aware of the situation and the project team has implemented measures including additional sweeping to prevent similar issues moving forward." 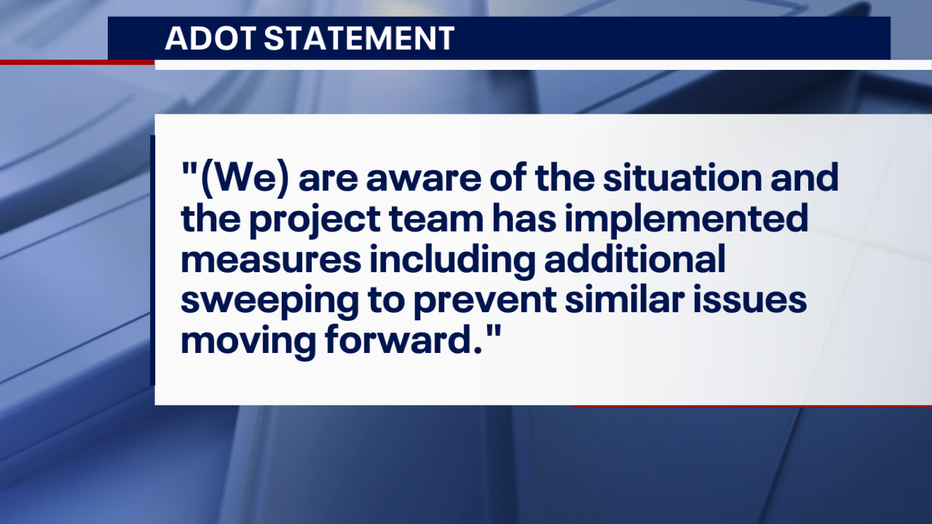 As for Stephenson, he's been left with damage to his car from the rocks that hit his windshield.

"Got all these little fine chips," he said. "One big chip here, another crack here."

He's already submitted a claim to ADOT, and those impacted were told it'll be taken care of shortly.

You can file a claim here if you've been impacted. 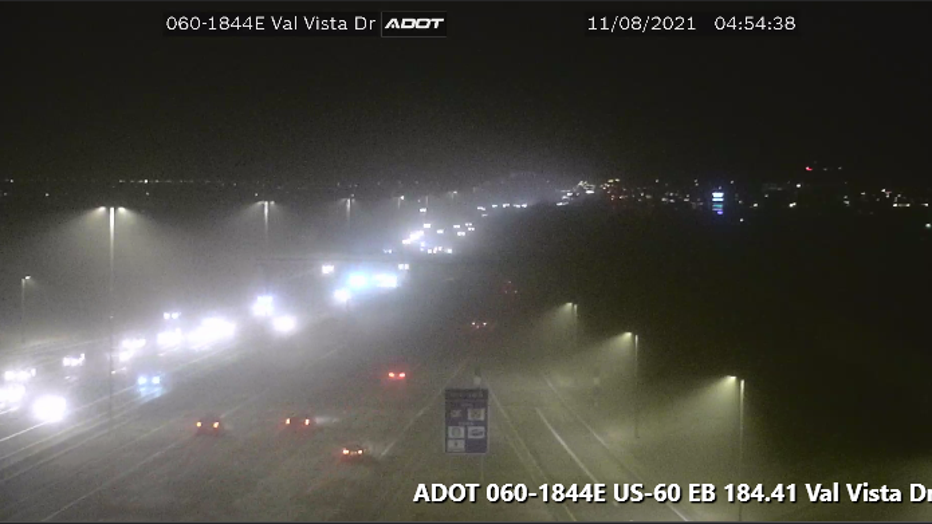 Construction on US-60 in Mesa