USPS removing some mailboxes in Phoenix

PHOENIX - The United States Postal Services says some of its blue collection boxes across the Phoenix area will be removed temporarily as a security measure ahead of potential unrest.

There have been no known threats made here in the Valley, but USPS is temporarily removing mailboxes at five locations to protect the mail and the public: 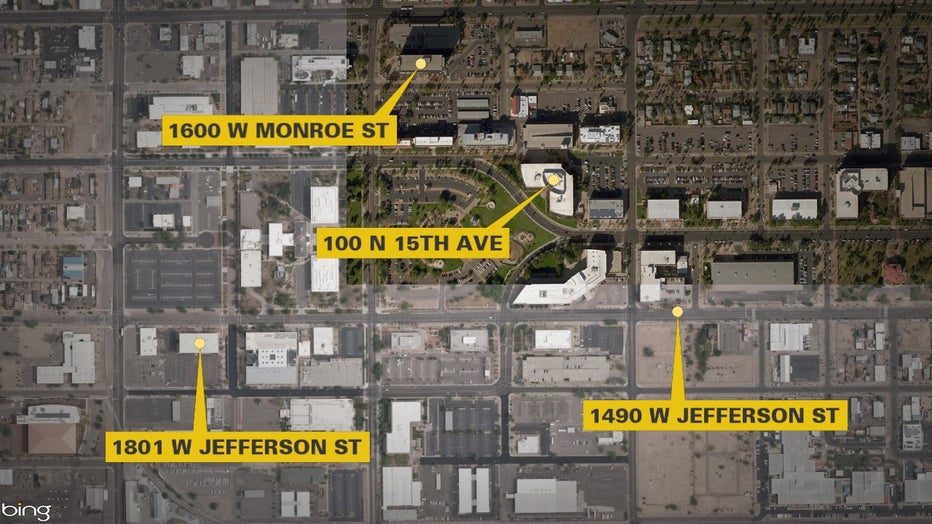 In Phoenix, four of the mailboxes are near Wesley Bolin Memorial Plaza and government departmental buildings, such as the Economic Security, Revenue and Education.

In Mesa, the mailbox is near a Superior Court building.

To find the nearest collection box in service or a post office location, go to https://tools.usps.com/find-location.htm or call 1-800-ASK-USPS.

On the Arizona State Capitol grounds, fencing has been installed to protect the buildings from any violence.

Continuing coverage of the Capitol riot:

In a Facebook post, Christian evangelist Franklin Graham tried to compare Republicans who voted to impeach Donald Trump a second time to the betrayal of Jesus Christ.

In a letter to the FBI and the Department of Justice, Democrats in Arizona say there are claims that Congressmen Biggs and Gosar worked to organize the rally at the U.S. Capitol that led to a deadly riot.