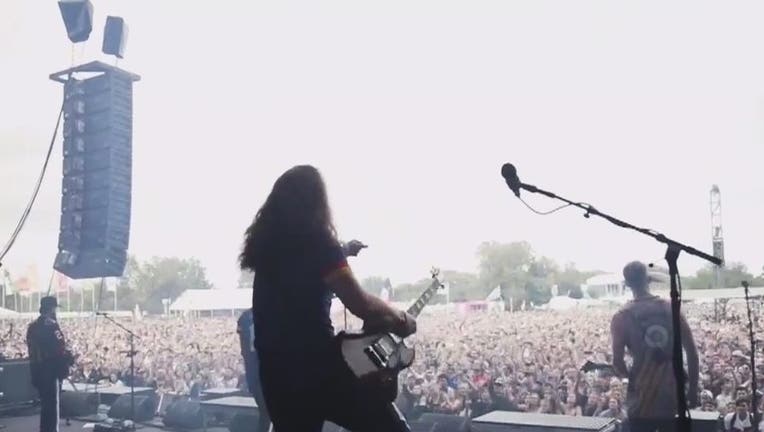 PHOENIX - A musician from the Valley has returned home to play where it all began.

Dylan Ogelsby performs with the popular Alternative band Judah and the Lion from Nashville, TN, and Wednesday night they play at the Van Buren.

"It is great to be back, I always love coming back to Arizona," said Dylan Ogelsby.

Dylan grew up playing instruments and was a part of the show choir at Horizon High School in Scottsdale. He says coming back here to perform where it all began is a special moment for him, his family and his career.

"A lot of family and friends are coming tonight, a lot of friends which will be awesome," said Dylan.

Dylan has been playing with the band since 2013. He says they met at Belmont University in Tennessee, and he began traveling with them.

He plays electric guitar, sings the backup vocals, plays the harmonica and also helps with the set design for the tour.

"It is a very fun show, a lot of energy, we look forward to going big tonight," said Dylan.

The band plays at 9:00 p.m. at the Van Buren, and tickets are still available.