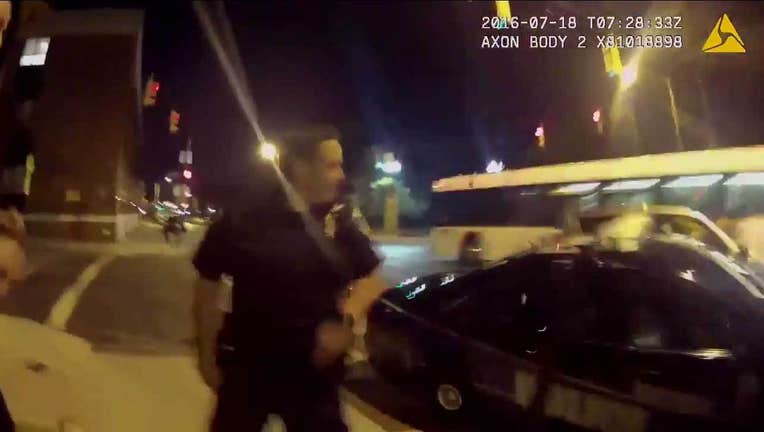 The crash occurred Monday at around 3:30 a.m. in the 2900 block of Eastern Avenue. It was all captured on an officer's body camera.

The police officers were standing on the sidewalk beside the unoccupied cruiser when a Toyota RAV4 collided into it. None of the officers or the passengers inside the Toyota was injured.

Police said the driver admitted to being distracted and was looking down playing the Pokemon Go game before hitting the patrol vehicle.

"That's what I get for playing this [expletive] game," the driver could be heard telling police on the officer's body camera video.