Video from Glendale Police shows a violent confrontation at a Burger King in Glendale that ended in gunfire back in March.

GLENDALE, Ariz. - Exclusive video shows a violent confrontation at a Burger King in Glendale, Arizona that ended in gunfire back in March.

Police say 22-year-old Dakota Kern was riding in a car with her friend, who was picking up food as a driver for Postmates.

Investigators say an argument broke out in the drive-thru over some confusion about the order. The driver parked and went into the restaurant with Kern and another passenger.

Officers say Kern yelled at two employees, alleging one of them used a racial slur at her friend, and started throwing things at them. One of the employees was hit in the stomach, and the driver and Kern left the restaurant.

The employees then went outside to take a photo of the car's license plate. That's when Kern pulled out a gun and fired several rounds while chasing one of the workers around the Burger King.

Officials say a bullet went through the back window of a passing car and into the headrest of the driver's seat. Other rounds hit a parked car.

No one was hurt in the incident.

Police arrested Kern in April at her Phoenix home. She faces eight charges, including seven felonies. 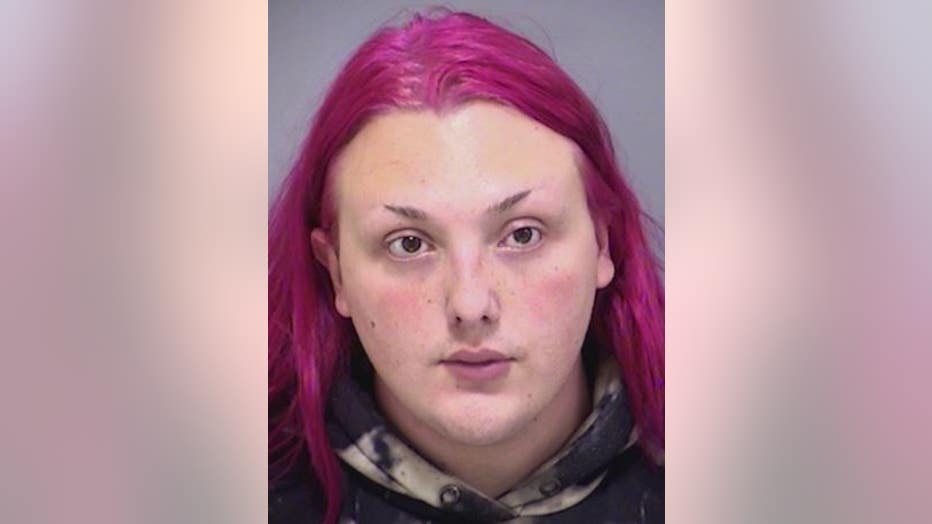