The new "Winnie the Pooh: Blood and Honey" trailer is out, and warning -- it's graphic. (Credit: Jagged Edge Productions and ITN Studios)

LOS ANGELES - This is certainly not a bedtime story.

The first trailer for "Winnie the Pooh: Blood and Honey," a horrifying twist on the childhood classic, has officially dropped — and it’s filled with blood and gore as Pooh and Piglet go on a murderous rampage.

The independent slasher film still follows the classic characters Pooh and Piglet through the Hundred Acre Wood. But food has become scarce after the friends were abandoned by Christopher Robin, who went to college, and things have gone seriously wrong.

Rhys Frake-Waterfield, writer, producer, and director of the film, previously told FOX Television Stations that once Christopher returns, he finds his friends have become feral and unhinged.

A grown-up Christopher returns to the forest, causing them to revert to their animal instincts and essentially become bloodthirsty murderers, attacking hikers and campers nearby their den of horrors.

In the new trailer, a group of five women on a cabin trip cross paths with the sadistic duo, and all hell breaks loose. 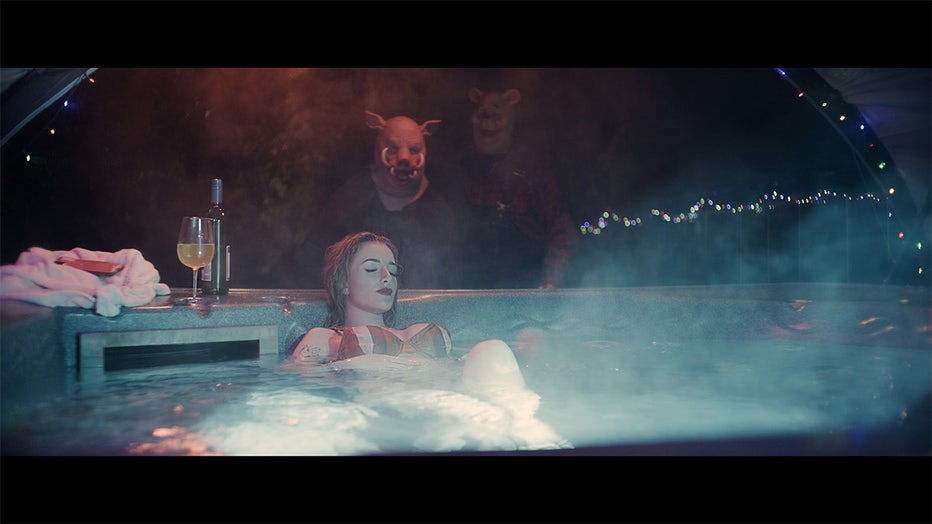 "One girl is kidnapped to be harvested later on in their den, which has expanded significantly from the tree-house in the original," Frake-Waterfield told FOX Television Stations in May.

The nearly two-minute video ends with the two creatures seemingly pouring two liquids — likely blood and honey — into a tank.

"They enjoy making other people suffer and, if hungry, they eat them," Frake-Waterfield said.

Disney still owns the rights to the cartoon versions of "Winnie the Pooh," but the original A.A. Milne books entered the public domain at the beginning of this year. Once a work enters the public domain it can legally be shared, performed, reused, repurposed, or sampled without permission or cost.

This means the filmmakers of the new horror movie can include elements from the original books, leaving out any new elements from Disney. Frake-Waterfield said the team hopes the film will give audiences a re-imagined and proper scare that is nowhere along the lines of the generic werewolf, zombie, or ghost flick storyline.

"I went with Winnie because it’s so bizarre and has so much potential to be creative and include some fun horror moments," Frake-Waterfield added.

This story was reported from Cincinnati. Catherine Stoddard and the Associated Press contributed.