WASHINGTON - The nation’s top infectious disease expert warned this week that the coronavirus pandemic could potentially reach the level of the 1918 flu pandemic, which ravaged the world between 1918 and 1920 and killed millions of people.

“This is a pandemic of historic proportions. I think we can’t deny that fact. It’s something I think that when history looks back on it, it will be comparable to what we saw in 1918,” said Dr. Anthony Fauci, who leads the National Institute of Allergy and Infectious Diseases.

Misnamed the “Spanish flu,” the 1918 pandemic was caused by a deadly strain of influenza and is considered to be one of the deadliest pandemics in human history. It infected an estimated 500 million people — about a third of the world’s population at the time — in four successive waves.

Fauci’s comments were made Tuesday during a Georgetown University Global Health Initiative Q&A. Fauci added that he hopes current and future interventions will prevent such a disaster.

"If you look at the magnitude of the 1918 pandemic, where anywhere from 50 to 75 to 100 million people globally died, I mean, that was the mother of all pandemics and truly historic," Fauci said. "I hope we don't even approach that with (COVID-19) but it does have the makings or the possibility of approaching that in seriousness." 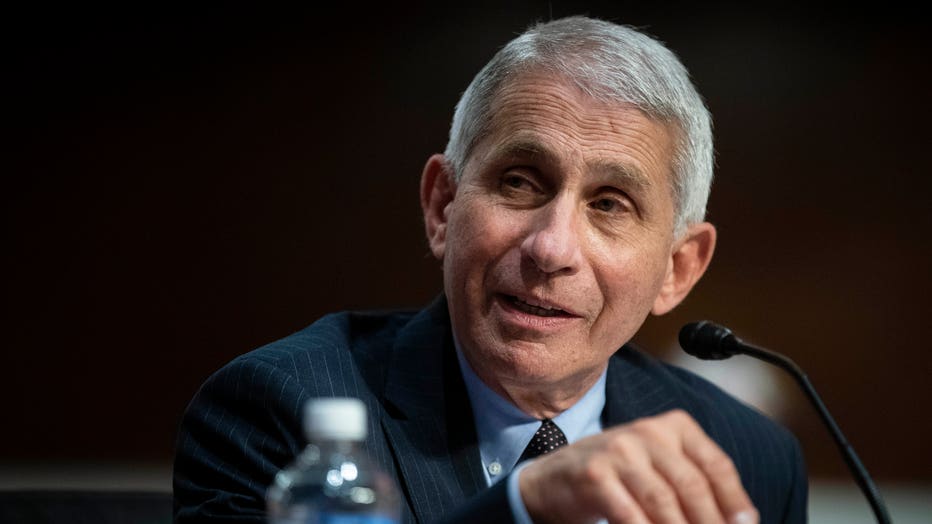 Fauci noted the “strong similarities” between the two health crises, including that both situations involved the emergence of a new infection.

“That was influenza, this is coronavirus, that essentially thrust itself onto the human population,” he said. “It had two characteristics that are the thing that make it, as I say, ‘the perfect storm.’ And that is a virus that jumps species, but that almost immediately has an extraordinarily, capable and efficient way of spreading from human to human. Simultaneously with having a considerable degree of morbidity and mortality.”

Fauci clarified his remarks a day late in a livestreamed conversation on Thursday with Facebook's Mark Zuckerberg, saying he was not referring to the current status of the COVID-19 pandemic.

"I want to clarify that, I had used the word 'comparable,' and I think that may have been taken out of context because people would have thought, 'My goodness, we're having this now, is it going to be the 50 to 100 million people in 1918?' No, they're not comparable in that way at all in severity, they're very very different," Fauci told Zuckerberg.

"I don't want anybody to think there's severity comparability to what was experienced in 1918."

In the Georgetown Q&A Wednesday, Fauci discussed the current challenges facing the U.S. as it relates to the novel coronavirus, adding that “the numbers are quite sobering.”

The country leads the world in both confirmed COVID-19 cases and deaths with more than 3.4 million infections and 136,000 deaths reported, according to data compiled by Johns Hopkins University.

Hospitals across the country have been running out of space amid the resurgence of cases. As of July 15, nearly 56,000 patients nationwide were hospitalized for COVID-19, and 38 states were seeing an upward trend in newly confirmed cases.

“Particularly in areas like California, Florida, Arizona and Texas. They are seeing record numbers of cases,” he noted. “We have a serious situation here in the United States.”

Fauci suggested there is a link between the spike in cases and those states attempting to reopen businesses and lifting other restrictions.

“Individuals, mostly young people, were seen at bars congregated in crowded places, many of them without masks, which really adds fuel to the fire,” Fauci said.

“Our challenge today and tomorrow and next week is to try and contain these outbreaks and get us back on the track of being able to not only contain, but also to open safely,” he added.

RELATED: Interactive map shows risk of encountering COVID-19 at events of different sizes across the country