GLOBE, Ariz. - Out west, several states are still fighting wildfires, but now a new threat is emerging in their burn scars. A sudden downpour of rain has ripped through a small Arizona town, leaving some residents without a home.

Storms swept through Globe, Ariz., on the evening of July 4. Bonnie Lara and her brother Chris Holyoak say within seconds a flash flood was heading straight toward them. 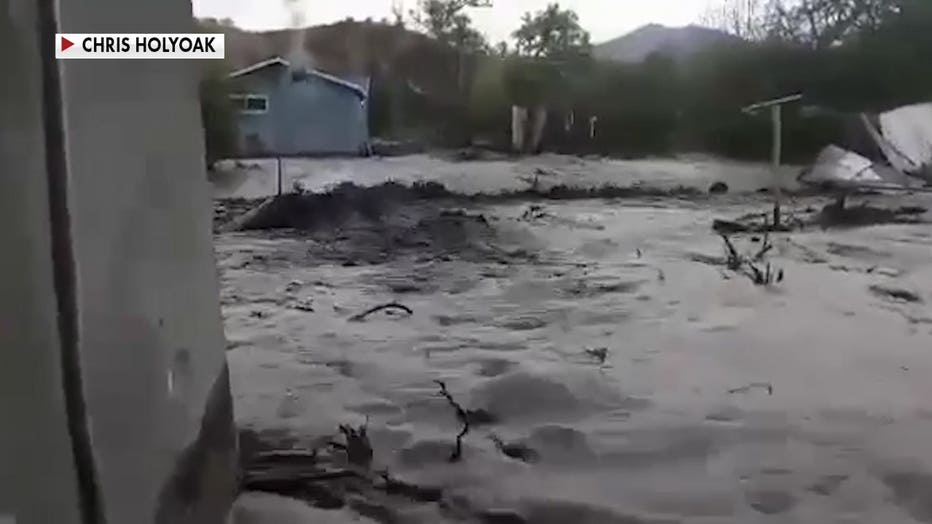 Globe resident Chris Holyoak captured the flash flood on his cellphone, sharing his footage with Fox News, showing the scary moments when a wall of water was barreling straight toward him. (Chris Holyoak)

Their home lies just feet away from the Telegraph Fire, one of the worst wildfires in state history, burning more than 180,000 acres. After two weeks of fire evacuations, they say when they finally returned home, this flood happened.

"We're like, what is that? And he opened up the window and I'm telling you it was 6 feet of water over this whole property."

"We knew there was debris going to come down, it's just natural from the Telegraph Fire. Me and my brother had just took our dogs inside, because of the rain, and we started hearing thumping on the side of our house," said Lara. "We're like, what is that? And he opened up the window and I'm telling you it was 6 feet of water over this whole property."

They say the flash flood lasted only 15 minutes, and they were trapped inside the home the entire time.

"I went and looked out the kitchen window and our truck was three, 400 yards down the creek," said Lara. "I called my landlord, and I'm like, 'We're trapped inside, with the force of the water we cannot even get out, the debris and the mud and everything.' I didn’t know what to do, I was scared, I really literally thought we were going to die and get swept away in a flood." 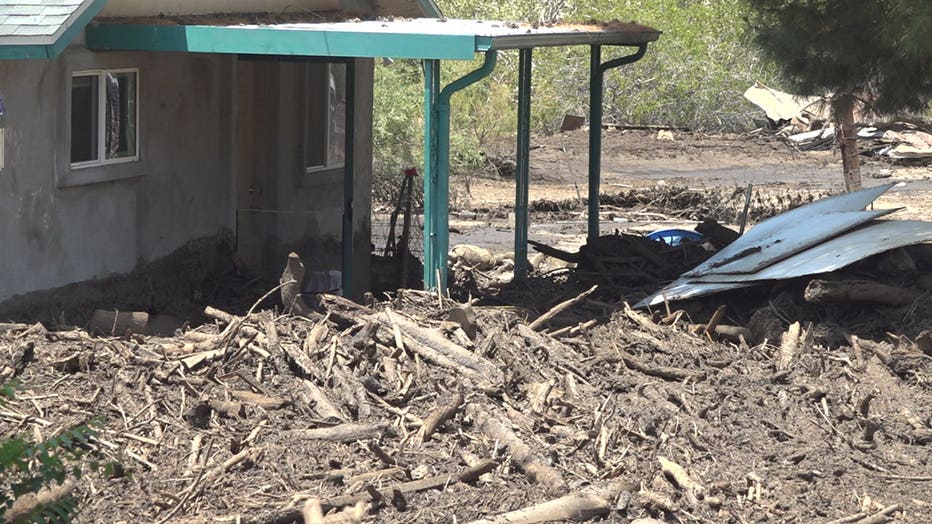 Sadly, this is the reality for people out west who are now living near a wildfire burn scar. The ground becomes almost water resistant, and with no vegetation, the water runs off quickly.

"After a fire, depending on the intensity of the burn, it causes the soil to be hydrophobic. The majority of this burn was a moderate severity burn, so that does cause hydrophobic soil and then also after the fire, there's a lot of debris and that tends to be a lot of the problem when that's moving downstream," said Carl Melford, emergency manager with Gila County, Ariz.

For now, this town is handing out sandbags to residents to prepare for next week's rainstorm. 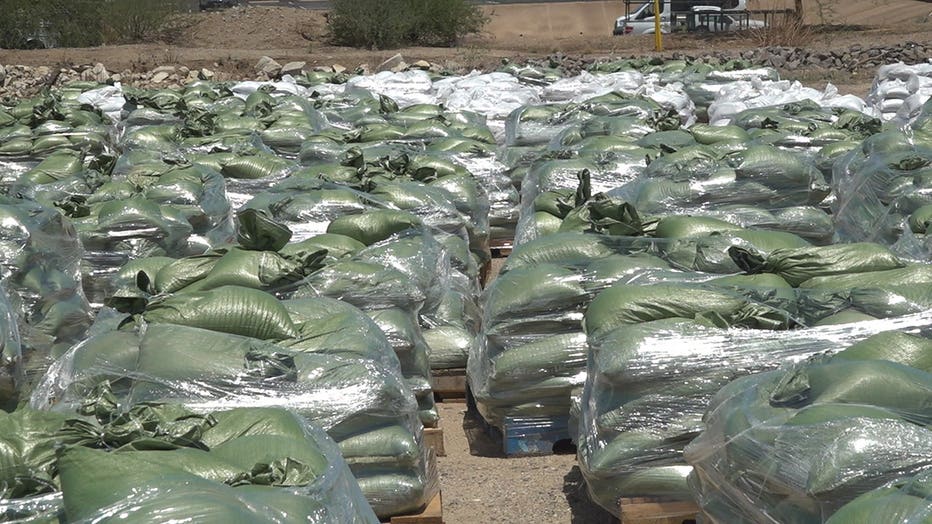 The town is handing out sandbags to residents and preparing for next week's rainstorm. (Stephanie Bennett/ Fox News)

"We have to look at the short term and the long term, I mean we've got some weather expected later in the week, but also with these burn scars, they don't heal very quickly, so we're looking at probably the next five years of increased water flow," said Melford.

As for Lara and her brother, they say the Red Cross is helping them find new accommodation and even a new truck. Arizona’s monsoon season is expected to last until the end of September.

According to the Arizona Department of Forestry and Fire Management, so far this year the state has seen 1,173 fires burn more than 551,898 acres of land. 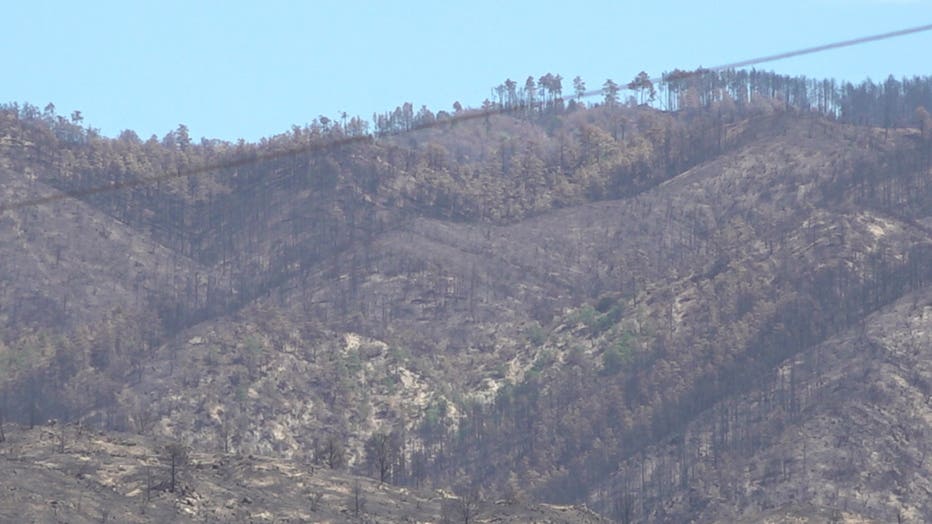 So far this year Arizona has seen 1,173 fires burn more than 551,898 acres of land. The Telegraph Fire, just east of Phoenix, is one of the states largest, burning more than 180,000 acres (Stephanie Bennett/ Fox News).

People living in Gila County say they were expecting rain to fall over the weekend, but they didn't expect the rainstorm to be this severe. FOX 10's Jennifer Martinez reports.