A Valley teacher is not letting an eyesight condition get in the way of living a normal life, and thanks to virtual reality technology, she is now getting some needed help with seeing things with clarity. FOX 10's Bailey Miller reports.

PHOENIX - A Phoenix teacher is using virtual technology to help her see in the classroom.

Ashley Ezell has a disease that impacts her eyesight, but now, she is able to wear goggles so she doesn't miss a thing.

Ezell is a 4th-grade teacher at St. Francis Elementary School, and like many teachers, she has a normal routine of grading papers.

Sometimes, however, Ezell has to look a little bit closer.

"The grading can be hard because their handwriting is hard to read, or it is small," said Ezell. 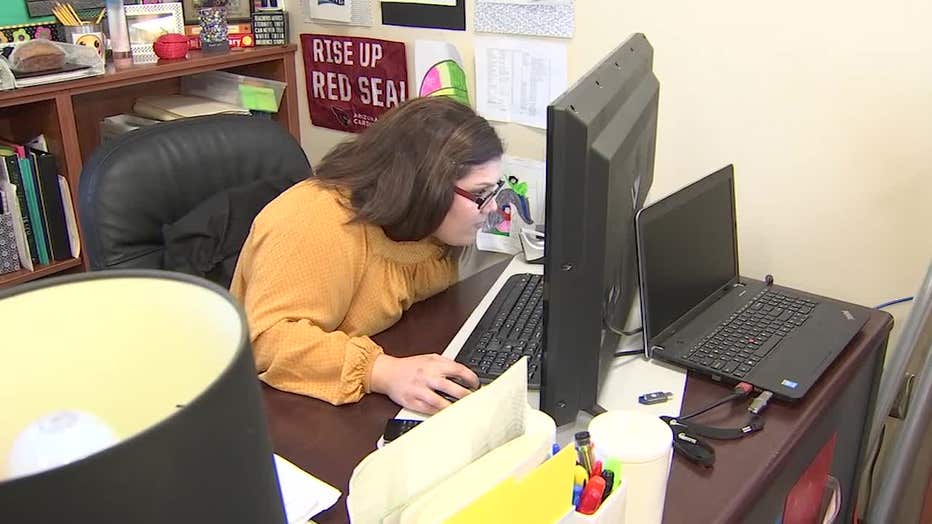 When she was just 10 years old, Ezell was diagnosed with nearsightedness. Two years after that, she was also diagnosed with. Stargardt Disease. It is a form of macular degeneration that oftentimes mean there is a slow loss of central vision in both eyes.

"This wasn't foreign to my family. It was genetic," said Ezell. "My brother had been diagnosed, my dad, uncle, and two aunts.

Ezell never let it change her life. She went to college, graduated in four years, and went on to get her masters. She is also a mother of two young girls.

"I didn't want anything to stop me," said Ezell.

Her eyesight can create challenges in the classroom.

With the help of googles from Iris Vision, Ezell can now stand halfway across the classroom and read letters.

A fellow teacher found the goggles for Ezell. According to the company, they have developed the world's first visual assistive device built on virtual reality technology.

Using the power of a Samsung Galaxy smartphone mounted in a headset, Iris Vision allows people who have impaired vision to see clearly. 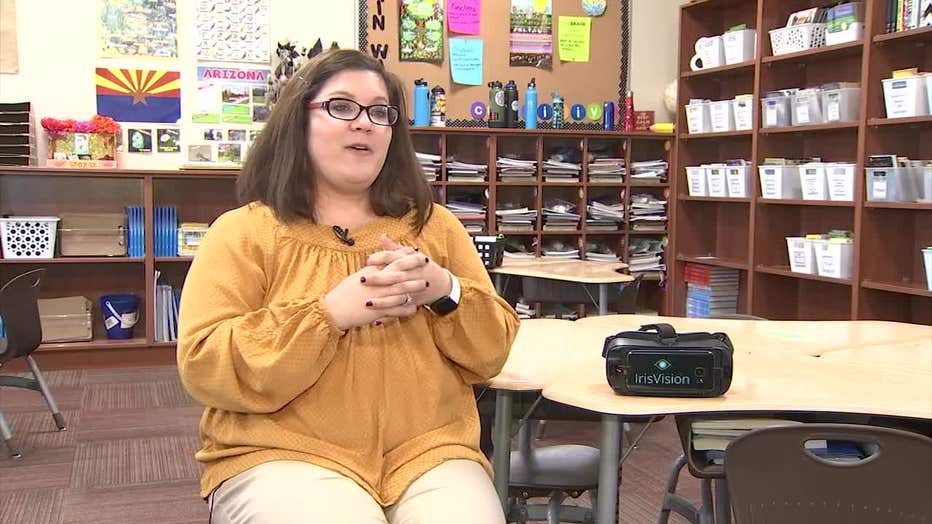 Ezell's students and fellow teachers raised the funds so she could purchase them. Ezell said seeing her students for the first time was like nothing she had ever felt.

"It brought tears to my eyes," said Ezell. "I was standing on the second story of my school, and I could tell you which kids were in line, which has never happened."

Ezell said the goggles also help her in the classroom. She says she is finally able to help her students at a pace she likes, without sacrificing her independence. Ezell says most importantly, her students have been a part of the process, and because of it, they are going home with much more important lessons. 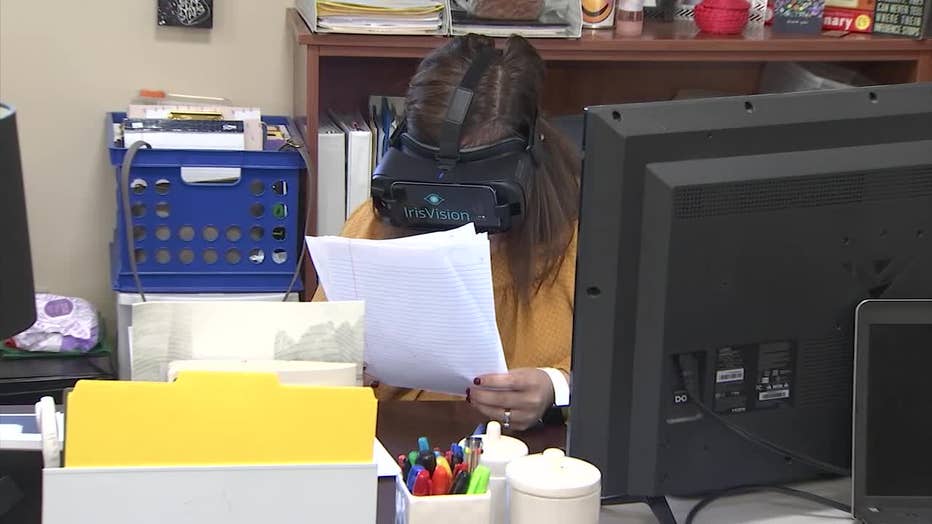 "They start to learn that skill of empathy and understanding and being there to help other people," said Ezell.

The benefits of those goggles don't stop in the classroom, as Ezell has also been able to wear them at Arizona Cardinals games. In the past, she was having to use binoculars, but now, she is allowed to clap and cheer for her favorite team.