A Georgia woman was arrested in South Florida after police said she accidentally shot her teenage sister in the face while handing her a gun inside a car. Doctors said the victim is not expected to survive.

MIAMI - A Georgia woman visiting South Florida accidentally shot her teenage sister in the face while handing her a gun inside a car, police said.

The women told officers they were recording cellphone videos while displaying a gun, handing it back and forth to each other.

"The shooter in this case, she says, was handing the firearm to the victim when it discharged," said Miami Beach Police Officer Ernesto Rodriguez. "One-hundred percent avoidable. That firearm should not have been on display."

Taniyria Holt, 24, of Atlanta, has been arrested and charged with culpable negligence that inflicts personal injury and improper exhibition of firearms. 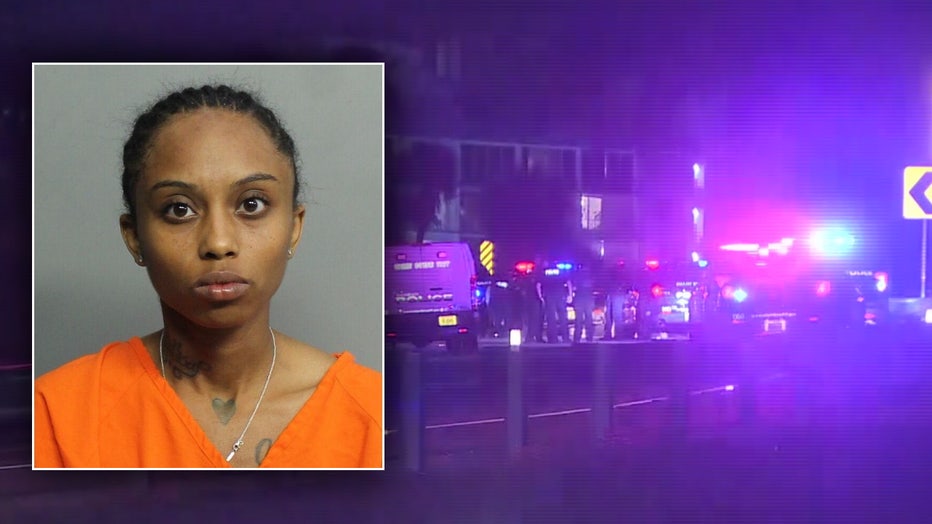 Holt said she racked the firearm and watched a live round eject. Believing the gun was unloaded, she said he handed it to her sister, but the gun fired and hit Ponder.

After appearing in bond court Tuesday morning, Judge Gerald Hubbart raised her bond from $2,000 to $10,000, despite pleas from a public defender to release her so she could be by her sister's side in the hospital.