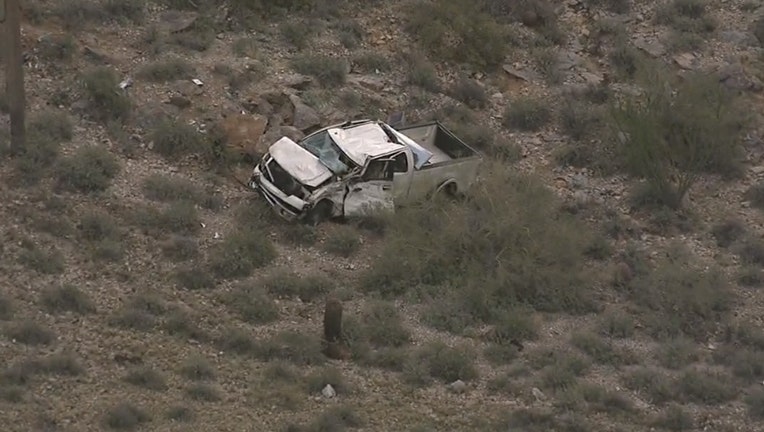 PHOENIX - Phoenix police say a woman has been hospitalized with life-threatening injuries after a pickup truck went off the road and rolled near South Mountain.

According to police, officers responded to an area near Summit and East Val Buena Roads just before 4:30 a.m. and found the vehicle, which had gone off the road and rolled onto the South Mountain Park and Preserve area.

The driver of the truck was not injured, but the passenger was taken to a hospital with life-threatening injuries.

Police say impairment does not appear to be a factor in the crash.