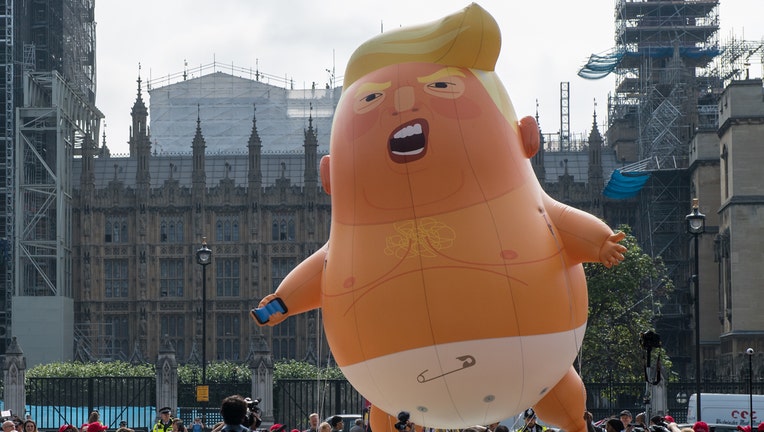 SILVER SPRING, Md. - A Maryland woman is seeking to bring the "Baby Trump" blimp to the D.C. area.

Nina Corin has created a GoFundMe page in hopes of raising $7,000 to help pay for the expenses to ship and set up the blimp -- possibly in the nation's capital near the White House.

"With whatever funds raised, I'd like to invite the organizers to bring the blimp here and pay either for their travel expenses and/or shipping costs, maybe even buy a copy that can stay here, possibly pay for it to fly on multiple occasions, or stay afloat somewhere near the White House or Mar-a-Lago," Corin wrote on the GoFundMe page.

The giant balloon made its debut last week when it flew in London outside the Houses of Parliament as thousands of protesters demonstrated on the streets while Donald Trump's made his first official visit to Britain as U.S. president.

Plans are already underway to bring the "Baby Trump" blimp to the United States. The organizers of the blimp tweeted that a visit to New Jersey is in the works to fly it at the Trump National Golf Club in Bedminster, New Jersey. They also plan on making a stop in Philadelphia.

As for Corin, she explained what has led her to create her fundraising campaign to make Washington D.C. one of the American tour stops for the balloon.

"I'm just a normal person sickened by what the person who occupies the White House is doing to our country, what he stands for, and the impact he's having and will have on our future," she wrote. "I've protested his policies and actions when possible. When I read that the blimp made him feel unwelcome in London and that the blimp would be following him on his diplomatic travels, I thought 'well why not make him feel as unwelcome and uncomfortable at home as he makes so many of us in the U.S. feel?" 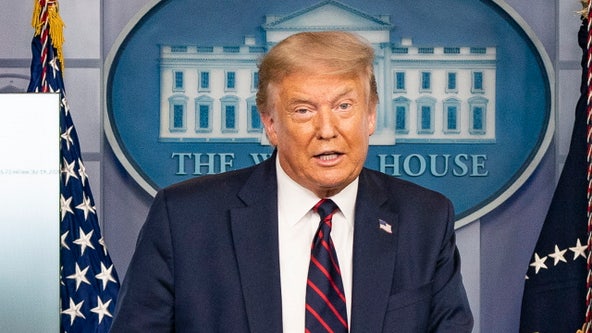