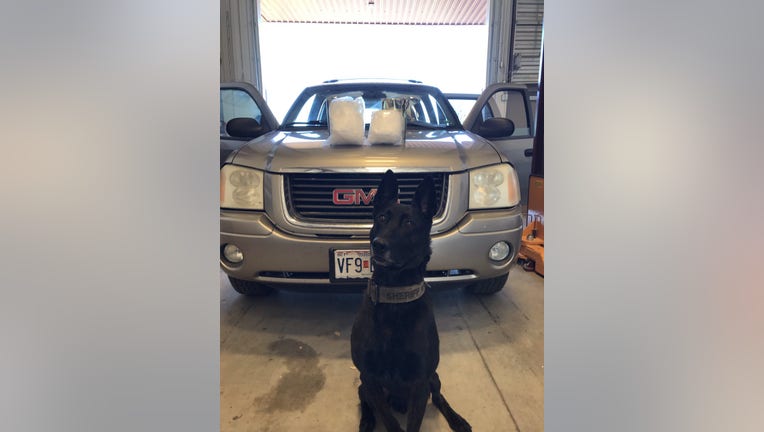 K9 Max sniffed out 10 pounds of meth in Ash Fork.

At 11:30 a.m. on Thursday, a YCSO K9 deputy pulled over a gold GMC Envoy with a Missouri plate for a moving violation on Interstate 40 heading eastbound.

The driver was identified as 67-year-old Edward Fitzgerald of Missouri. 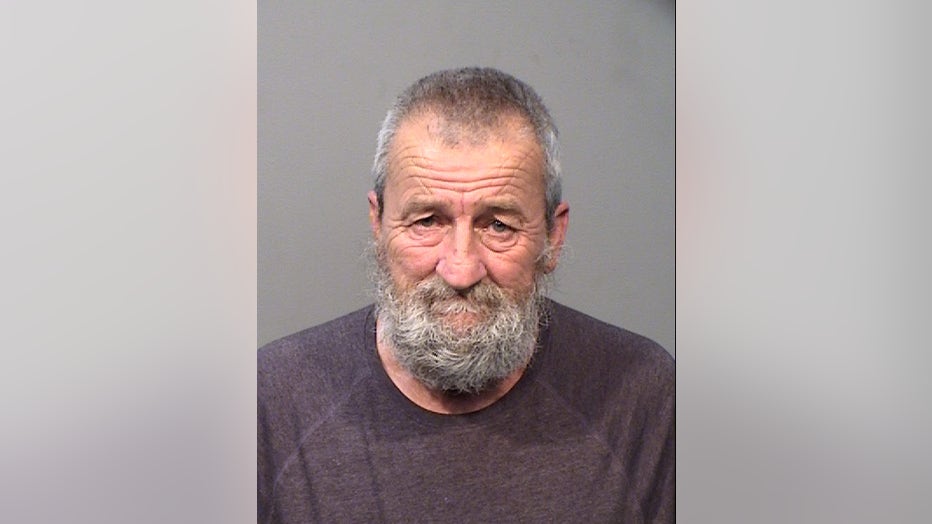 YCSO says the deputy didn't believe Fitzgerald when he told him of his travel plans, and he also tried veering the conversation away from anything drug-related. After Fitzgerald denied a search of his car, the deputy had his K9 Max "free air" sniff around the vehicle.

Max alerted the deputy to the odor of drugs and a search was conducted, according to YCSO officials.

Deputies located two metal food container cans underneath a blanket and pillow on the backseat. In the cans were two vacuum-sealed bags that contained 10 pounds of methamphetamine. 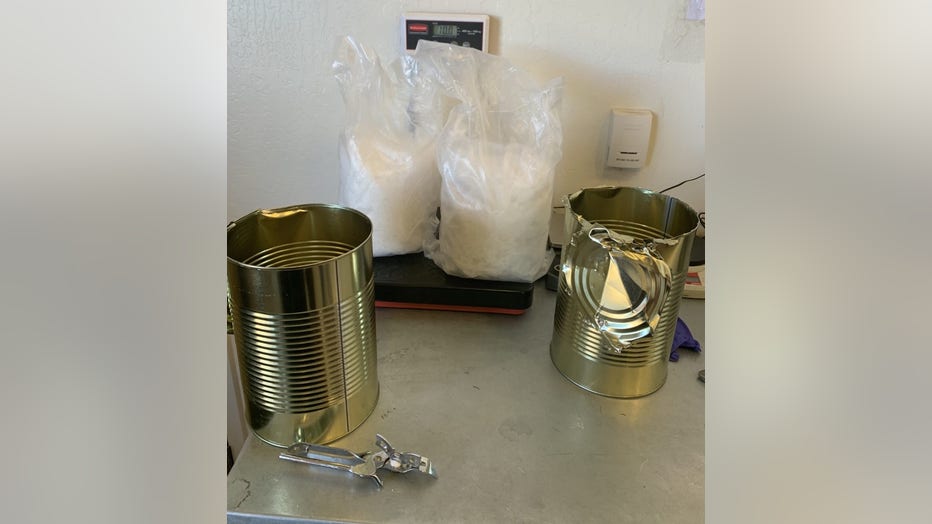 YCSO says a .22 caliber revolver was also found in the center console of the car.

Fitzgerald admitted to deputies that he knew the drugs were in the car. However, he did not comment on the transportation of the meth.

Five people were shot during an illegal warehouse party in Phoenix, police say.

Phoenix fire crews responded to an overdose call near 51st Avenue and Dobbins on Nov. 21.