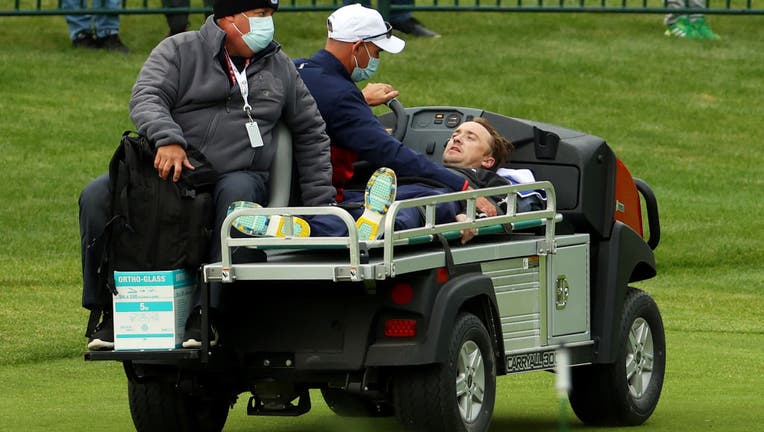 KOHLER, WISCONSIN - SEPTEMBER 23: Tom Felton is carted off the course after collapsing during the celebrity matches ahead of the 43rd Ryder Cup at Whistling Straits on September 23, 2021 in Kohler, Wisconsin. (Photo by Andrew Redington/Getty Images)

SHEBOYGAN, Wis. - Actor Tom Felton was carted off the golf course at Whistling Straits during the celebrity matches ahead of the Ryder Cup.

PGA of America issued a statement saying, "Felton experienced a medical incident on the course while participating for Europe. He was transported to a local hospital for treatment."

Images showed crew members standing around Felton and providing him aid before he was carted off the course in Sheboygan, Wisconsin on Thursday, Sept. 23.

Felton is best known for portraying the character Draco Malfoy as a child actor in the Harry Potter movies.

The 43rd Ryder Cup, which opens with two days of best-ball and alternate-shot matches and concludes Sunday with a dozen singles competitions, is one of golf’s few match-play events. 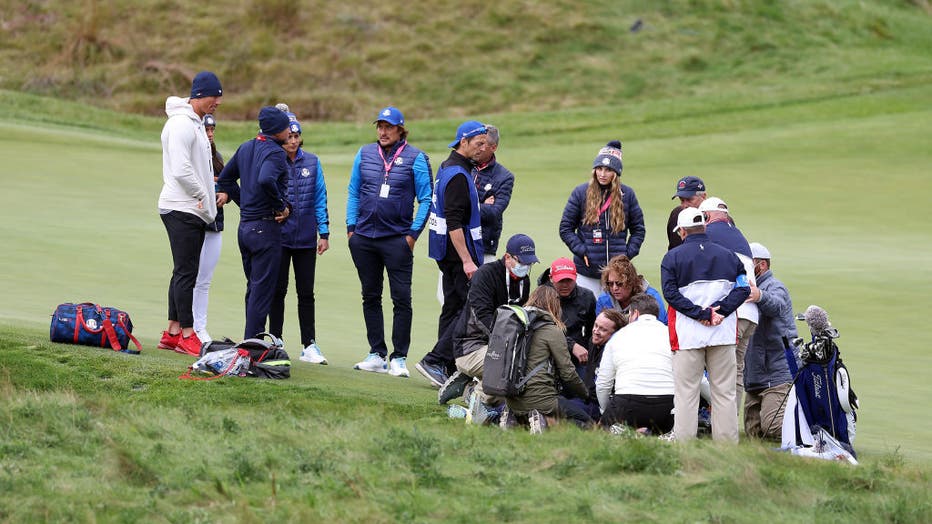 KOHLER, WISCONSIN - SEPTEMBER 23: Tom Felton is attended to after collapsing during the celebrity matches ahead of the 43rd Ryder Cup at Whistling Straits on September 23, 2021 in Kohler, Wisconsin. (Photo by Richard Heathcote/Getty Images)

There’s no prize money on the line, just a slim, antiquated gold trophy that resides, along with bragging rights, on one side of the Atlantic Ocean for the next two years.

The Ryder Cup is made possible with the help of thousands of volunteers from all over the world.