SAN FRANCISCO - When Monty Williams learned Stephen Curry would be back on the floor and Splash Brother Klay Thompson also would be good to go, the Suns coach figured Phoenix would have to do everything right and make some of its own breaks to beat the defending NBA champions.

Somehow, the injury-plagued, short-handed Suns went out and absolutely dominated.

Mikal Bridges had 26 points, nine rebounds and five assists and Phoenix beat the Golden State Warriors for a third time this season, 125-113 on Jan. 10 to snap a season-worst six-game skid.

Former Warriors guard Damion Lee received his championship ring in a pregame ceremony from brother-in-law Curry, then scored 22 points and grabbed seven rebounds against his former team. He converted six free throws over the final 1:13 and went 14 of 14 from the line overall.

"I just thought it was a special night all the way around," Williams said, noting of the ring ceremony, Lee’s performance and the win, "that’s a trifecta if I ever heard of one."

"It’s obvious a big win for us having whatever you want to call it happen to us the past few weeks but collectively we had a connection and a spirit about us tonight, even when they cut it to six," Williams said.

Curry came back from an 11-game absence with a partially dislocated left shoulder to score 24 points on 8-for-22 shooting. Thompson had 29 points with six 3-pointers — four 3s and 14 points in the first quarter alone. Jordan Poole’s 3 with 1:28 remaining cut it to 117-111, and he scored 27 points.

While Warriors coach Steve Kerr noted, "to go 6-5 without Steph is an accomplishment," the reigning NBA Finals MVP couldn’t do it all against a Phoenix team missing injured stars Devin Booker, Chris Paul, Deandre Ayton and Cameron Johnson. The first two meetings in the desert were lopsided, with the Suns winning 134-105 and 130-119.

Kerr said Golden State let its "guard down" with the Suns missing so many players.

"We didn’t start competing until it was too late," he said.

The Warriors have lost three in a row after a season-best five-game winning streak, wrapping up an eight-game homestand that matched the longest in franchise history.

Andre Iguodala was ejected with 4:30 left in his second game played this season. But the defending champions had their starting five back together for the first time in several weeks.

Thompson was a late scratch with soreness in his surgically repaired left knee for a 115-101 loss to the Magic on Saturday night as the Warriors dropped consecutive home games for the first time all season. Now they have to hit the road again trying to best their 3-16 record away from Chase Center.

Lee, who spent the past four seasons with Golden State, received a warm ovation when he entered the game for the first time at the 5:09 mark of the first quarter.

Suns: Bridges played his 351st consecutive regular-season game, the longest active streak ahead of Golden State big man Kevon Looney (152). Williams credits Bridges’ toughness to play through anything. "To pinpoint it’s this or that, I think it’s a combination of things. I just know we value it," Williams said. "He’s just a guy that loves to play." ... The Suns will try for a season sweep when they come back for one more at Chase Center on March 13.

Warriors: Looney had grabbed 10 or more rebounds in five straight games but missed doing so for a career-best sixth in a row. ... Poole has scored 20 or more points in eight straight games for the second-longest 20-point streak in his career. ... The Warriors wound up 5-3 on the homestand.

Suns: At Denver on Wednesday night. 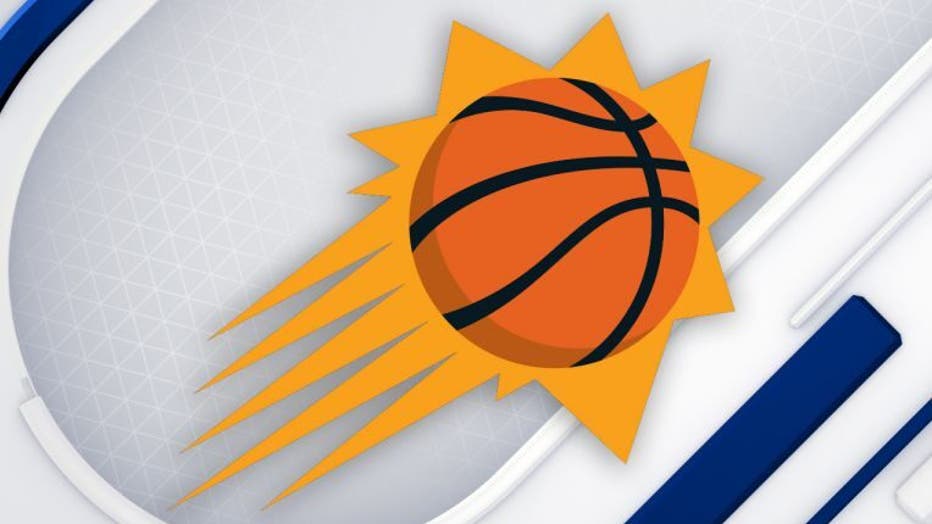