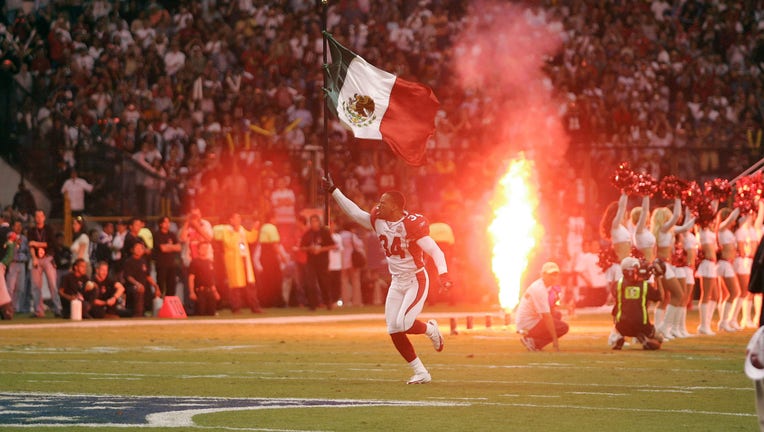 Robert Griffith (34) of the Arizona Cardinals carries out the Mexican flag before a game against the San Francisco 49ers at Estadio Azteca in Mexico City, Mexico on October 2, 2005. (Photo by Mike Ehrmann/Getty Images)

MEXICO CITY - The Arizona Cardinals will host the San Francisco 49ers on Monday Night Football in Mexico City this season.

The NFL made the announcement on May 4. The regular-season game will take place at Estadio Azteca during Week 11 on Nov. 21. The rest of the Cardinals' schedule will be released on May 12.

The Cardinals were required by the NFL to host a game outside the United States by 2023 after being awarded the hosting rights to the Super Bowl that will be played in February 2023. They were originally scheduled to host the 49ers in a regular-season game in Mexico City in 2020, but the game was moved to State Farm Stadium due to the coronavirus pandemic.

The 2022 game will be the fifth NFL game played in Mexico.

The Cardinals defeated the 49ers 31-14 in 2005 in Mexico City in what was the first regular-season NFL game played outside the U.S.