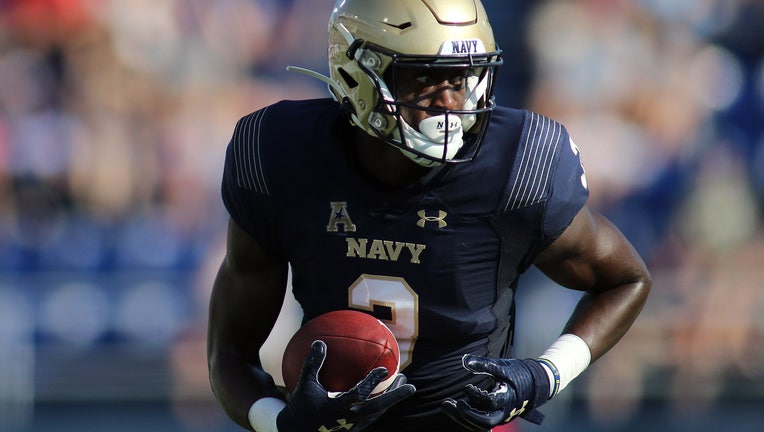 The acting Navy secretary, Thomas Harker, had denied Kinley’s request to try out for the Super Bowl champs after he was signed as an undrafted NFL free agent and attended a rookie minicamp in May.

"Today I was informed the Secretary of Defense will be allowing me to continue my journey with the Tampa Bay Buccaneers and attend training camp at the end of this month," Kinley wrote. "I am extremely appreciative of Secretary Austin's decision and I am excited to represent our fine military in the National Football League. This past month has been very challenging and I am thankful for everyone who has supported me in any way."

Austin released a statement to Fox News announcing that he "will permit" Kinley to play in the NFL.

"Today, I have approved a plan by the Department of the Navy that will permit former Naval Academy midshipman Cameron Kinley to play professional football in the NFL," Austin said in a statement. "This plan will see Cameron enlisted in the Inactive Ready Reserve for the duration of his football career.  Upon completion of his playing time, we look forward to welcoming him back inside the ranks as a naval officer.

NFL Commissioner Roger Goodell said on Tuesday that he fully believes games will return to full capacity for the 2021 season. Additionally, NFL Owners approved a 17-game regular season for 2021.

"In the meantime, we know Cameron will take every opportunity on and off the field to ably represent the Navy and the military to the American people and to assist us in our recruiting efforts," Austin continued. "I applaud Navy leadership for finding this way to showcase both Cameron's athletic prowess, as well as the quality and professionalism of our student athletes and our personnel."

The Buccaneers’ training camp is set to begin July 24.

The cornerback signed with Tampa Bay as an undrafted free agent but the U.S. Navy denied his request to delay his service despite other NFL players getting approved. Kinley appeared on "Fox & Friends" last month and told co-host Brian Kilmeade he feels like he’s living a "double life."

"It’s definitely tough," he said when asked where the process stands. "Kinda living a double life where I’m preparing to be an NFL player still just in case things get reversed and I’m also preparing for my career as an officer in the Navy. I’m kinda living this double life, staying hopeful, staying strong in my faith that things can get turned around."

Sen. Marco Rubio, R-Fla., asked President Biden in a letter to grant Kinley a waiver. He cited past examples of the Defense Department allowing waivers for service members to pursue their pro sports goals.

"Mr. Kinley is not seeking to terminate his commitment to the Navy. Far from it. He wishes to promote service to our great nation from one of the country’s largest stages. I implore you to right this wrong," Rubio wrote. "Grant Mr. Kinley’s waiver to play in the NFL, and send a message to future academy graduates that the United States is a country where Americans can follow their dreams and be true to their commitment."

Kinley has said he wasn't trying to avoid going into the military, but just to delay it.