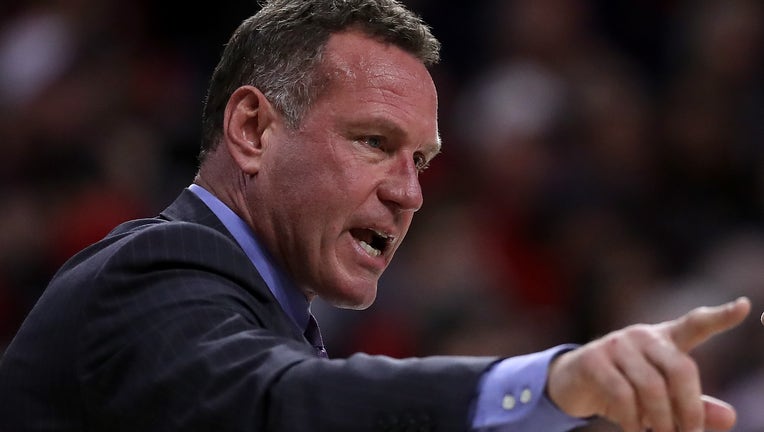 Former head coach Dan Majerle of the Grand Canyon Lopes reacts during the college basketball game against the Arizona Wildcats at McKale Center on December 14, 2016 in Tucson, Arizona. The Wildcats defeated the Lopes 64-54. (File photo by Christian P

PHOENIX - Former men's basketball coach Dan Majerle has filed a lawsuit for breach of contract after being fired by Grand Canyon University earlier this year.

In the lawsuit filed in Superior Court on Monday, Majerle seeks the full amount of a contract that ran through 2022-23 before he was fired after seven seasons on March 12.

The lawsuit claims GCU breached the employment agreement with Majerle by not honoring the contract's severance provision after firing him without written grounds for dismissal.

“Dan is disappointed that GCU has decided not to honor their contract,” Majerle's attorney Dana Hooper said in an email. “He simply wants what is fair and proper under the contract and the law."

Majerle was a fan favorite during seven seasons with the NBA's Phoenix Suns and was hired by Grand Canyon in 2013 on the recommendation of former Suns owner Jerry Colangelo. 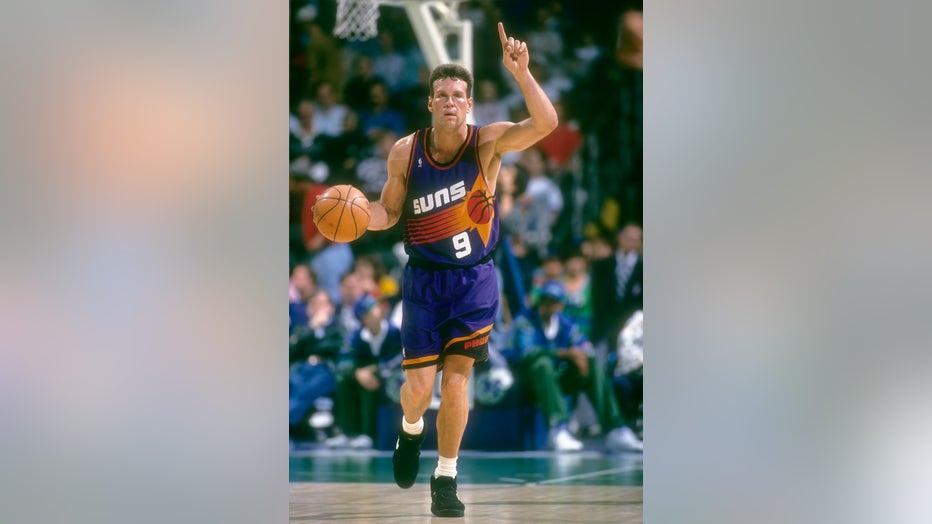 Dan Majerle #9 of the Phoenix dribbles the ball up court against the Dallas Mavericks during an NBA basketball game circa 1993 at Reunion Arena in Dallas, Texas. (File photo by Focus on Sport/Getty Images)

Majerle was brought in to guide the Antelopes in their transition to Division I. Grand Canyon won at least 20 games its first two Division I seasons, but went 13-17 in an injury-plagued 2019-20 season.

Majerle was fired hours after the Western Athletic Conference and NCAA tournaments were canceled due to the coronavirus pandemic. He was replaced by former Vanderbilt coach Bryce Drew five days later.

“The University financially supported Coach Majerle and the men’s basketball program at the highest level during his seven-year tenure and wanted nothing but the best for him and the program," Grand Canyon said in a statement. "We regret that Coach Majerle’s tenure had to end the way it did, but the University is prepared to defend itself and its decision if necessary should Coach Majerle decide to continue with litigation."