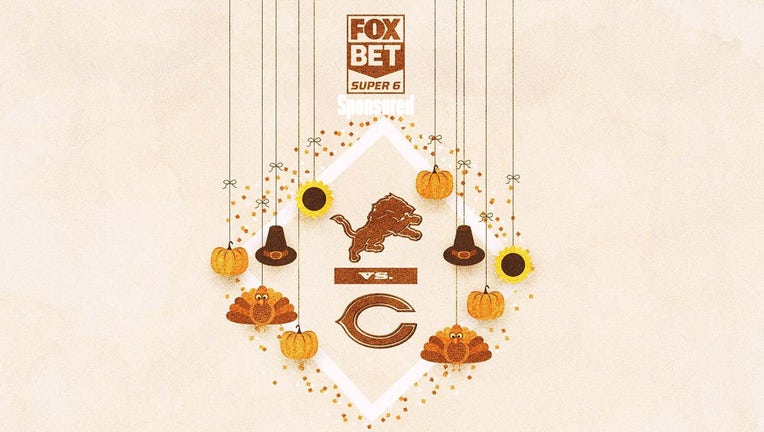 There is ritual and heritage in every society. And there is something special about those moments taking place every year which makes us feel alive and redeemed.

The Detroit Lions on Thanksgiving Day is one of those American sporting rituals. Yes, the Lions are often struggling to stay in contention come November. But they were the ones who helped link Thanksgiving to football, long before the Cowboys muscled into the late afternoon window or a made-for-television spectacle would take place on Thanksgiving night. They deserve their spot on this blessed day.

And this Thanksgiving Day can also bless you with some spending money for those holiday gifts that are just around the corner, thanks to FOX Bet Super 6! All you have to do is play the NFL Thanksgiving Challenge around Bears-Lions and you could win the boosted jackpot of $100,000 of Terry Bradshaw's money.

It’s easy and always free to play. Just download the FOX Bet Super 6 app on your phone or mobile device, make your picks for Thursday's matchup, then tune in to see if you were right!

And to help you cash in, here are the six questions for Thanksgiving Day along with picks for each one.

The big question on this one is: Who will be the two quarterbacks? Justin Fields was listed as doubtful with a rib injury on Tuesday evening for the Bears. That would mean Andy Dalton returns to the starting quarterback spot for Matt Nagy. The Lions’ primary starting quarter, Jared Goff, is questionable with an oblique injury, but Detroit head coach Dan Campbell indicated that Goff could give it a go.

In other words – this is a low number. Prediction: 2 TDs

Which team will have the longest reception and how many yards will it be?
Bears, Lions, or Tie, with ranges from 1 to 56-plus

Which team will have the highest punt average and what will that average be?
Bears, Lions, or Tie, with ranges from 0 to 55-plus

Which team will make the longest field goal and how long will it be?
Bears, Lions, or Tie with ranges from 0 to 54-plus

Carlos Santos has been great for Nagy and the Bears since he arrived, connecting this year on 13-of-15 field goals and hitting 4-of-6 from 40 yards-plus. Aldrick Rojas was picked up by Detroit last week and hit his only attempt, a 43-yarder, in the loss to Cleveland. Prediction: Bears, 46-47 yards

Which team will have the longest touchdown and how long will it be?
Bears, Lions, or Tie, with ranges from 1 to 61-plus

With so much uncertainty about Fields and Robinson, you almost feel obligated to take the Lions in this category. Swift is the type of runner that break free either in the run or pass game, and TJ Hockenson has seven catches of over 20 yards. That has to mean something. Prediction: Lions, 31-35 yards

Which team will win and by how many points?
Bears, Lions, or Tie, with ranges from 1 to 17-plus

The Lions are winless, but they haven’t been completely clueless. They’ve had a few different types of losses that makes you realize this isn’t a historically awful team.

Too many Chicago injuries, a short week and the Lions are due to win on Turkey Day after losing the last four. Detroit wins. Prediction: Lions by 3-4 points

Play FOX Super 6 every week for your chance to win thousands of dollars, including a $10,000 prize on the Big Noon Kickoff game of the week, the weekly College Football Saturday contest and, of course, the Sunday NFL Challenge. Just download the Super 6 app and make your picks today!