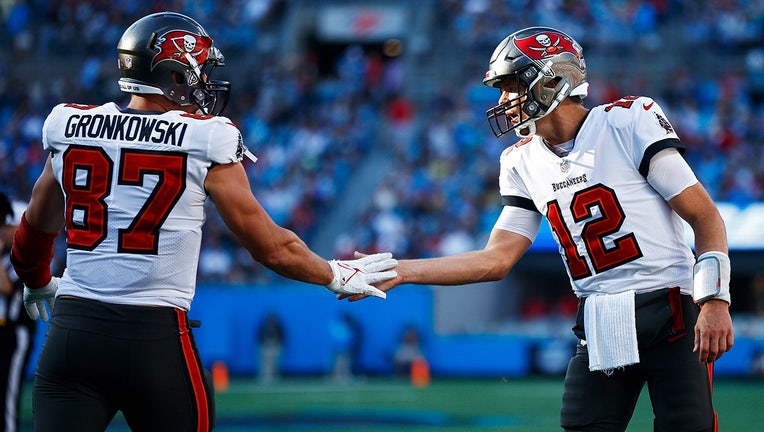 Tom Brady and Rob Gronkowski of the Tampa Bay Buccaneers react after a touchdown during the third quarter in the game against the Carolina Panthers at Bank of America Stadium on December 26, 2021 in Charlotte, North Carolina. (Photo by Jared C. Tilto

"The guy can play at any age,’’ Gronkowski, 32, told the outlet. "If he’s 50 years old he can still come back. I think he’s going to come back but in a couple of years. The guy’s a beast. He can play anytime.’’

Brady officially announced his retirement at the beginning of the month after 22 seasons and seven Super Bowl wins.

"This is difficult for me to write but here it goes: I am not going to make that competitive commitment anymore," the 44-year-old said in a statement. "I have loved my NFL career and now it is time to focus my time and energy on other things that require my attention."

Gronkowski, himself, retired before the 2019 season – but returned in 2020 to play in Tampa with Brady.

Brady and Gronkowski connected for two touchdowns in Super Bowl LV for a win over the Kansas City Chiefs.

Gronkowski – who will become an unrestricted free agent in March – signed a one-year deal with the Buccaneers in March of last year.

ROB GRONKOWSKI THANKS TOM BRADY WITH HEARTFELT MESSAGE: 'YOU'RE A LEGEND AND ALWAYS WILL BE' 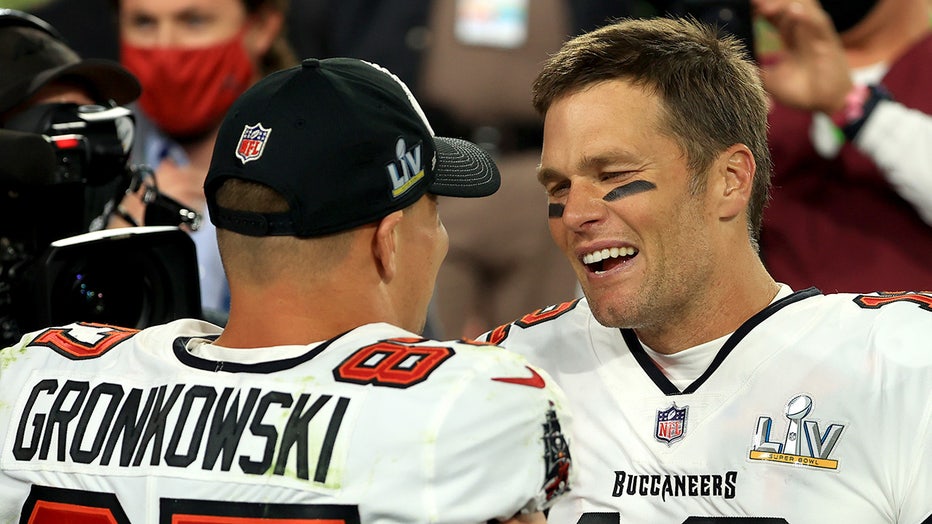 Gronkowski and Brady have the most touchdowns for a quarterback-receiver combo in playoff history.

What he does next remains unclear and he previously told Fox News Digital that he would take a few weeks to decide.

"You just want to settle down, let everything flush out, and in a couple of weeks make a decision from there. See how you’re feeling, what I’m thinking then. It’s going to be a little process, but I’m definitely going to take my time with it, no doubt. But we’ll see what happens man, anything can be up in the air," Gronkowski explained.

"I’ll figure all that out in the future,’’ he told USA TODAY Sports. "Let everything play out, then make a move. So I’m just relaxing, letting my body heal, have a good time, have some laughs.

Gronkowski's brother said in September that he could not see him playing with another quarterback.