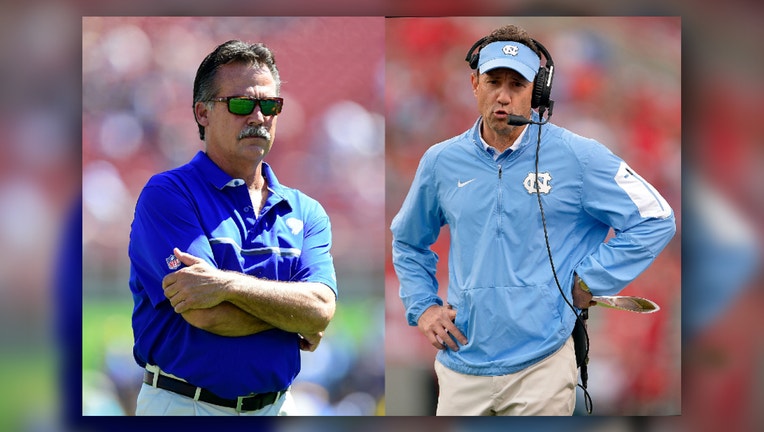 LOS ANGELES - The USFL ended a month’s worth of mystery on Thursday by filling its final two coaching vacancies.

The league announced longtime NFL coach Jeff Fisher will be leading the Michigan Panthers while veteran college coach Larry Fedora will be in charge of the New Orleans Breakers.

"Today is another huge day in the evolution and development of the new USFL as we welcome Larry and Jeff to the fold," said Brian Woods, USFL’s president of football operations.

Fisher spent 22 years as an NFL coach. He led the Tennessee Titans to a Super Bowl XXXIV appearance and also coached the St. Louis/Los Angeles Rams for five years.

"We now have eight unbelievably qualified head coaches leading USFL teams," Woods said. "They’re all looking forward to putting together staffs, evaluating talent, and planning the player selection strategies they’ll need to build championship-caliber football teams. The anticipation is growing as we reach each major milestone on the road to kick-off in April."

The USFL is a new, independent American football league controlled by FOX Sports through NSFL HoldCo, LLC, a new business entity. It is not associated or affiliated with the USFL of the 1980s or its owners.

FOX Sports is an official broadcast partner of the USFL and will air games on a weekly basis.

Birmingham will host all of this season's games at Protective Stadium and Legion Field. League officials hope to play games in future seasons in the teams’ home markets.