DAYTONA BEACH, Fla. - Brad Keselowski took Jack Roush to victory lane for the first time since 2017 as their rebranded – Roush Fenway Keselowski – team showed it's ready for the Daytona 500.

Keselowski and Chris Buescher won the 150-mile qualifying races at Daytona International Speedway on Thursday night to put them side-by-side starting from the second row in NASCAR’s sold-out, season-opening spectacular.

The first Duel also represented the first points-paying event with the NASCAR Cup Series’ new Next Gen race car.  It ran without incident as Keselowski led a 1-2-3-4 Ford sweep with a pass of Ryan Blaney with four laps left. Austin Cindric was second, followed by Blaney and Chase Briscoe.

The only caution of the night came at the end of the second Duel – a last-lap collision wiped out then-front runner Joey Logano and spoiled a perfect night for the Ford Performance entries. 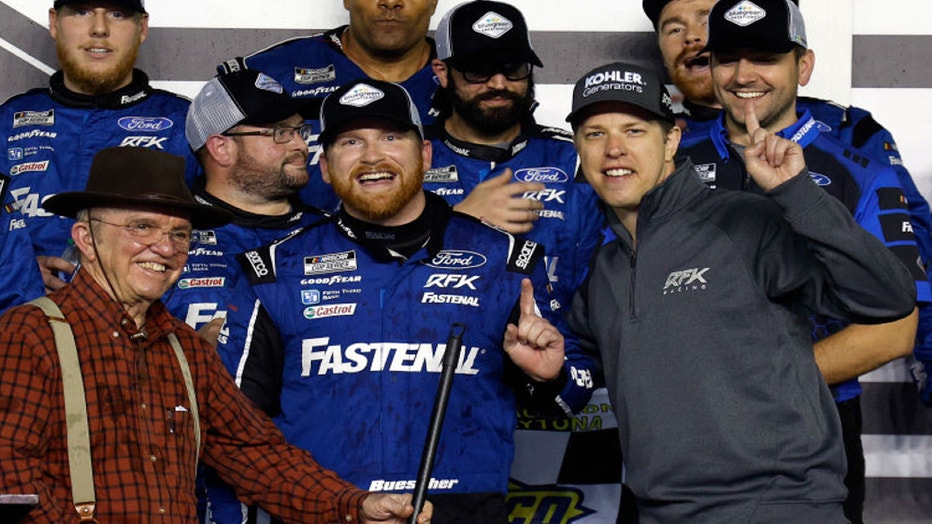 RELATED: Biffle trying to race into Daytona 500 after 5-year absence

Running second to Logano, Buescher made a move to the inside on the backstretch on Lap 60. Logano moved down to block, and contact between the cars sent Logano’s No. 22 Team Penske Ford into the outside wall, crippling the car.

"Driver screwed up. That’s really all there is to it," Logano said. "It’s my fault. It stinks because it tore up our car and kind of puts us in a spot as a race team. It’s just a dumb mistake."