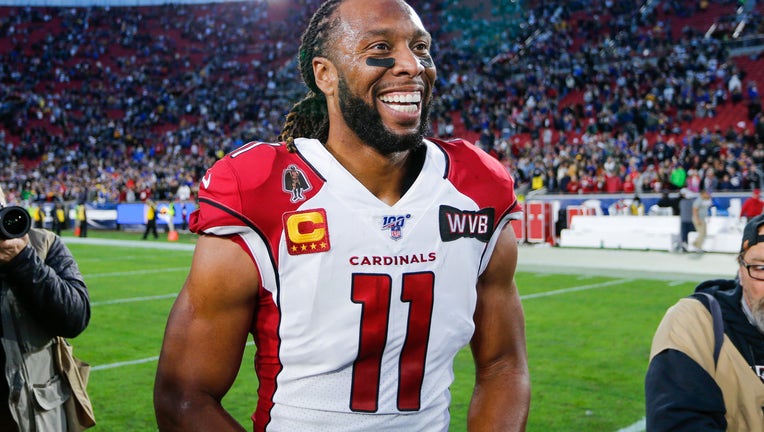 TEMPE, Ariz. - Arizona Cardinals star wide receiver Larry Fitzgerald is coming back to the team for the 2020 season.

There was speculation the 36-year-old Fitzgerald might retire, but the team announced Wednesday he has signed a one-year contract.

In the 2019 season finale against the Rams, Fitzgerald appeared in his 250th career game for the Cardinals, becoming the first wideout and 13th player in NFL history to appear in at least 250 games with a single team.

An 11-time Pro Bowler, Fitzgerald has played all 16 games in each of the last five years (2015-19) and his streak of 84 consecutive starts is the longest active streak among NFL wide receivers.