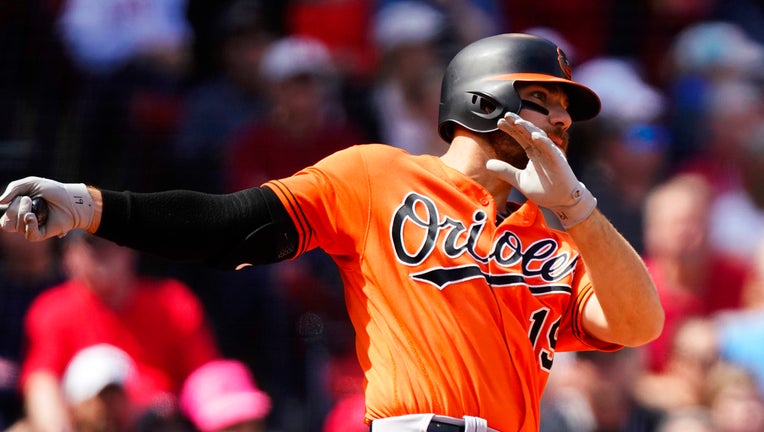 BOSTON (AP) — - Baltimore's Chris Davis ended his streak of futility in his first at-bat on Saturday when he lined a bases-loaded, two-run single to right in the first inning against the Boston Red Sox.

Davis had gone hitless a record 54 straight at-bats, starting this season 0 for 33 before he lined a 1-0 pitch from Rick Porcello to push the Orioles ahead 2-0.

It's the longest hitless streak for a position player.

The crowd gave what seemed mostly like a mock cheer when he approached the plate with the bases loaded and two outs. Soon some of those turned into real cheers when he got the hit.

After grounding out in his second at-bat, Davis lined the first pitch of his third into the right-center gap for a double, driving in a run to push Baltimore in front 3-2.