PHOENIX - Phoenix Suns starting forward Jae Crowder won't be with the team for training camp, which opens on Sept. 27.

The Suns released a statement on Sunday saying the team and Crowder "mutually agreed that he will not be with the team for training camp."

Crowder's role with the team was uncertain this year with the Suns poised to give other players -- including young forward Cam Johnson -- more responsibility.

The 32-year-old Crowder has been an important part of the Suns over the past two seasons. Phoenix made it to the NBA Finals in 2021 before losing to the Milwaukee Bucks in six games and set the franchise record for regular-season wins last year.

Crowder has averaged 9.7 points and 5.0 rebounds during his time with the Suns. The 10-year veteran has been a part of several playoff teams, including with Boston, Utah and Miami. 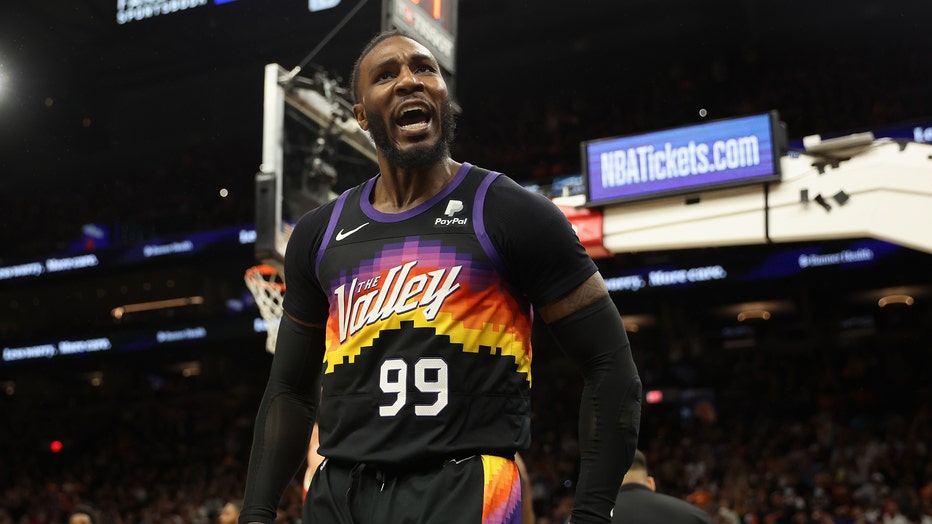 Jae Crowder, in a photo taken on April 17, 2022 in Phoenix. (Photo by Christian Petersen/Getty Images)