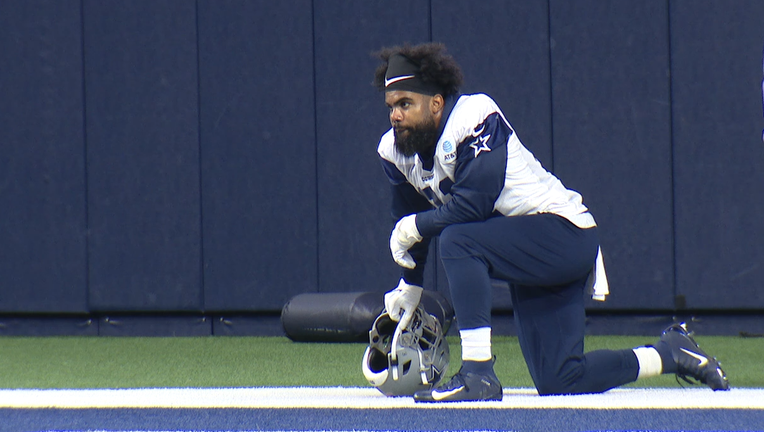 DALLAS - Ezekiel Elliott is one of several Dallas Cowboys players who have tested positive for COVID-19, his agent said Monday.

NFL Network reported that multiple Cowboys and Houston Texans players had tested positive for the coronavirus. NFLN’s Ian Rappaport later said Elliott’s agent confirmed that the running back was one of those players.

None of the players who tested positive had been at their respective team facilities. The Cowboys coaching staff was only allowed back at The Star last week.

Zeke’s only comments Monday came via Twitter, at first simply tweeting “HIPPA?” and upset that his privacy was being invaded. He later wrote his agent did not break this story to the media, only confirmed it after reporters called.

Legal experts say HIPPA was not violated if a non-medical person leaked the information.

It’s not known how many other Cowboys players tested positive or their identities. The Cowboys declined to elaborate on the reports.

"Due to federal and local privacy laws, we are unable to provide information regarding the personal health of any of our employees," the team said in a statement.

Some concerned with lack of social distancing by Dak Prescott, Dez Bryant during workout picture