SARASOTA (FOX 13) - There is a gold and silver badge over Sarasota Police Officer Tripp Schwenk's heart. They're colors he's gotten used to in the 20 years since he first wore them around his neck.

Officer Schwenk won a gold and a silver medal as a swimmer in the 1996 Summer Olympic Games in Atlanta, Georgia.

"Law enforcement was the one thing, one job title that I could go into that I could do the same thing I did swimming, chase people down," he said.

"It was always about swimming and I finally achieved that goal. It's a huge weight off your shoulders," he said.

Schwenk told FOX 13 how he beat Olympian Michael Phelps in a race early in his swimming career, but Phelps was only 12 years old at the time.

What Schwenk experienced in 1996 is the same feeling of accomplishment being celebrated by today's athletes in Rio, from Phelps to Katie Ledecky.

"I've had an incredible career in the pool. I've transferred a lot to law enforcement. I've had a great career doing this too," he said.

Today, officer Schwenk spends most days back on the water, fittingly, he's a member of the department's marine unit. 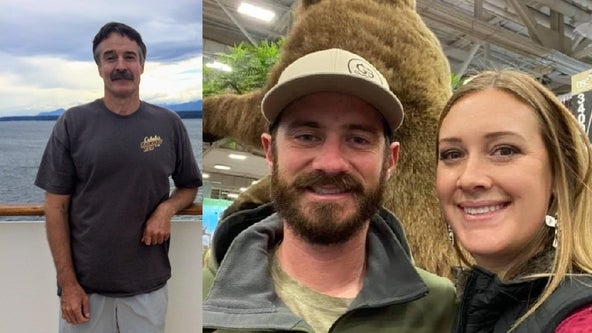