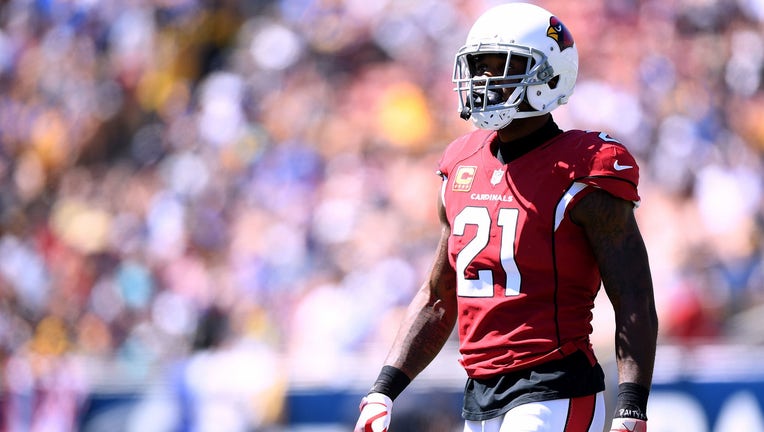 TEMPE, Ariz. (AP/KSAZ) - Embattled first-year coach Steve Wilks emphatically said the Arizona Cardinals are not going to trade star cornerback Patrick Peterson, who at 28 years old should be in the prime of his career.

Wilks' comment Monday came moments after a report via Twitter that said Peterson had asked the Cardinals to trade him by the Oct. 30 deadline.

"We're not trading Patrick," Wilks said. "That's out of the question."

The tweet by ESPN's Adam Schefter was posted after Peterson had left the Arizona locker room following Monday's practice. The cornerback, a first-round draft pick out of LSU who is a three-time All-Pro selection and has made the Pro Bowl in each of his seven NFL seasons, usually speaks to the media on Thursdays.

Wilks said he planned to talk with Peterson about the situation.

"Well, No. 1, I'm not going to indulge in speculation. I'm going to sit down and talk to Patrick," Wilks said. "Patrick is a captain. He's well-respected around here. He's well-respected throughout the league, and yes, are we in a difficult situation? Yeah, we are, 1-6. Nobody feels great about where we are right now."

The Cardinals, tied for the worst record in the league with San Francisco, are coming off a 45-10 Thursday night home loss to Denver, a performance that Wilks called "embarrassing."

The 49ers, the only team Arizona has beaten, come to the desert for a game Sunday. The Cardinals have next week off as a bye.

"It's about trying to turn the corner and make things happen, so we can make sure that we get this thing on track," Wilks said. "Starting with myself, and everybody else in that locker room, that's what we need to be thinking about."

Not all the problems have been confined to the offense, not by a long shot. The defense also ranks among the worst in the NFL, especially against the run.

Peterson, often avoided by opposing quarterbacks, was hoping to get more action in the defense brought by Wilks, the defensive coordinator at Carolina before being hired to replace the retired Bruce Arians in Arizona. But that really hasn't happened, although Peterson did get his second interception of the season against Denver.

Wilks defended his defensive scheme, which has a 4-3 base but most of the time relies on a nickel package of four up front, two linebackers, two cornerbacks and three safeties.

He said it has been missed assignments, not the scheme, that has led to the defense being so ineffective, particularly against the run. Arizona is dead last in the NFL in run defense at 148.3 yards per game. The Cardinals are 24th in total defense and a respectable 11th against the pass.

"Why hasn't it been effective against the run? Guys aren't executing, consistently doing their job," Wilks said. "That has nothing to do with scheme, nothing whatsoever, based off what teams are doing."