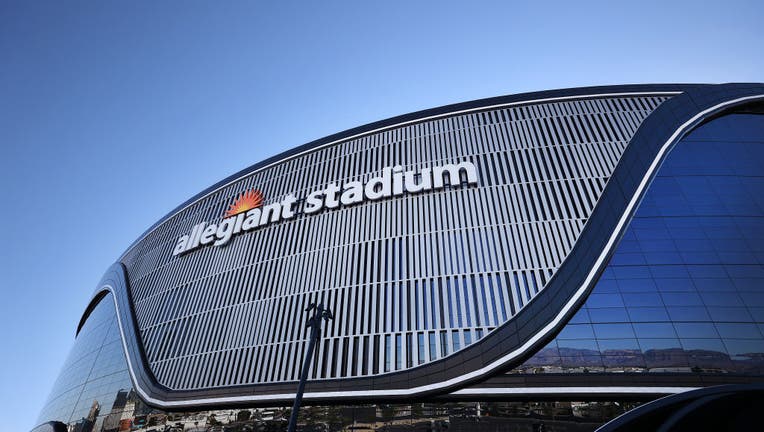 A general view of the exterior of Allegiant Stadium before the game between the Washington Football Team and the Las Vegas Raiders at Allegiant Stadium on Dec. 5, 2021, in Las Vegas, Nevada. (Photo by Ronald Martinez/Getty Images)

Super Bowl LVIII will be played in Allegiant Stadium on Feb 11, 2024. The two-year-old stadium is the shiny new home of the Las Vegas Raiders, who were particularly thrilled to be named the host team.

Steve Hill, CEO and president of the Las Vegas Convention and Visitors Authority (LVCVA), said being named a Super Bowl host city is a defining moment in the history of Las Vegas.

"Our entire city is committed to making Super Bowl LVIII the most electrifying sports spectacle ever," Hill said. "The NFL has been an incredible partner, and we look forward to working with their team, the Host Committee and our partners across our destination to showcase Las Vegas as 'The Greatest Arena on Earth.'"

Las Vegas is replacing New Orleans as the host city after a scheduling conflict was created by the league’s new collective bargaining agreement (CBA).

RELATED: 'ALL MADDEN': FOX's documentary on NFL legend to air on Christmas Day

In 2018, the NFL named New Orleans the host of 2024’s Super Bowl. But the NFL agreed to adding an additional game to the regular season during the last CBA negotiations. That pushed the Super Bowl back a week, which would interfere with New Orleans’ massive Mardi Gras celebrations.

The NFL later awarded New Orleans with Super Bowl LIX. Mardi Gras is not until March of that year.