'10 Truths About Love' interview with cast

Written by frequent romance scribe Shannon Latimer ("A Whirlwind Wedding," "Ghosts of Christmas Past"), the feel-good movie features a thriving romance columnist Carina (Belle) who thinks she’s got her love life all figured out — until her longtime boyfriend unexpectedly breaks up with her. 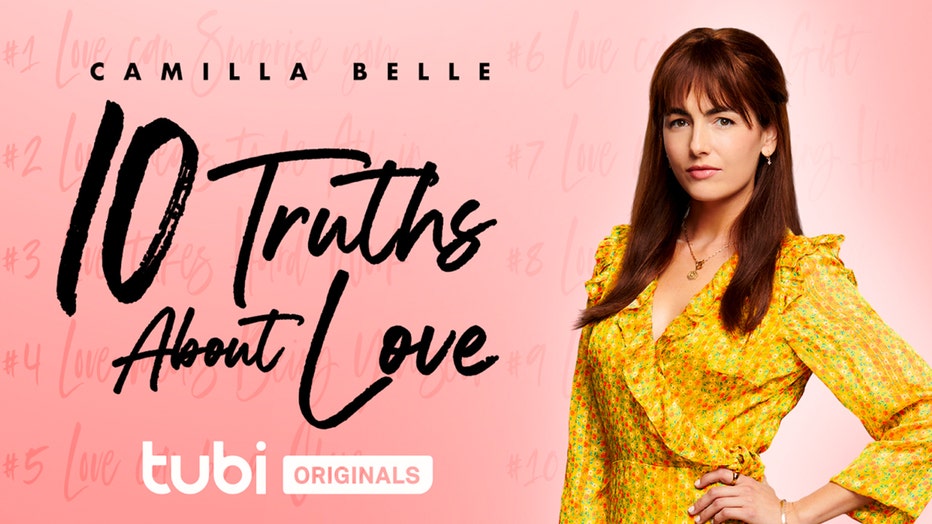 Meanwhile, Carina’s editor hires a new writer, Liam (Lafontaine), to work with her and give the column a male perspective. Subsequently, the two clash over their approach, but to prove himself, Liam offers to help Carina get her ex-boyfriend back. But, in the process of proving each other wrong, they may begin to realize they were right for each other all along. 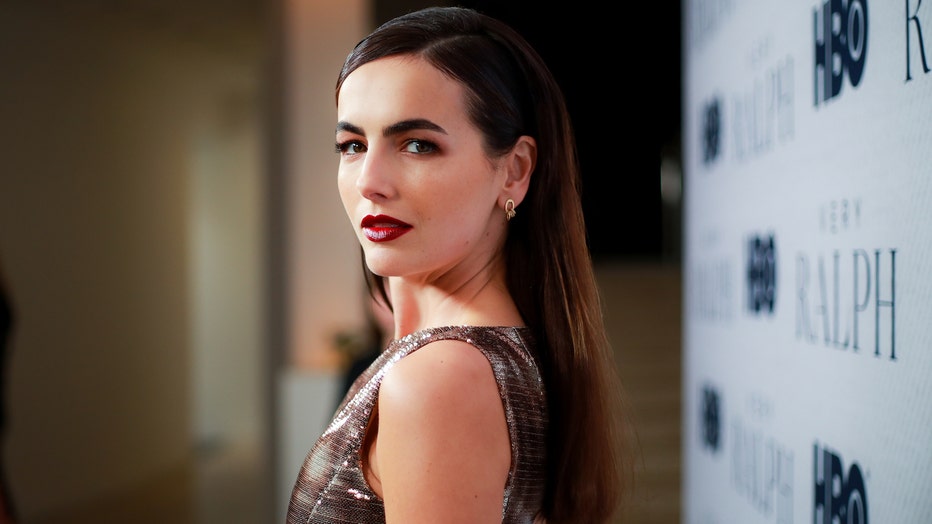 "I think it really is a throwback to the rom-coms we all used to have in the early 2000s and 90s," Belle told FOX Television Stations Group. "It’s the feel-good romantic comedy that you can watch at any time on repeat — that timeless romantic comedy, and it’s full of surprises and twists and turns. You know it’s going to be a happy ending, but it’s the journey that is a little different."

While working on the film, Belle and LaFontaine learned about love and the importance of staying in the present in relationships and in life. 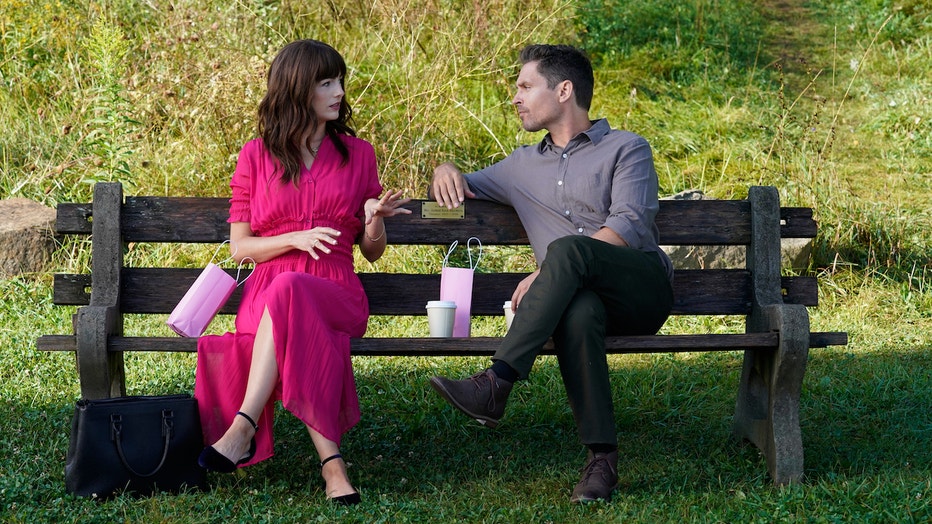 "I think that one thing my character learns along the way, and that I’m constantly trying to remember, is to be open to the possibility and not try to plan things out," Belle shared.

LaFontaine added, "You have to be not so stuck in your ways and assume everything is supposed to go down very specific path. You kind of have to follow your gut and your heart and see where it goes, as opposed to planning every step of the way." 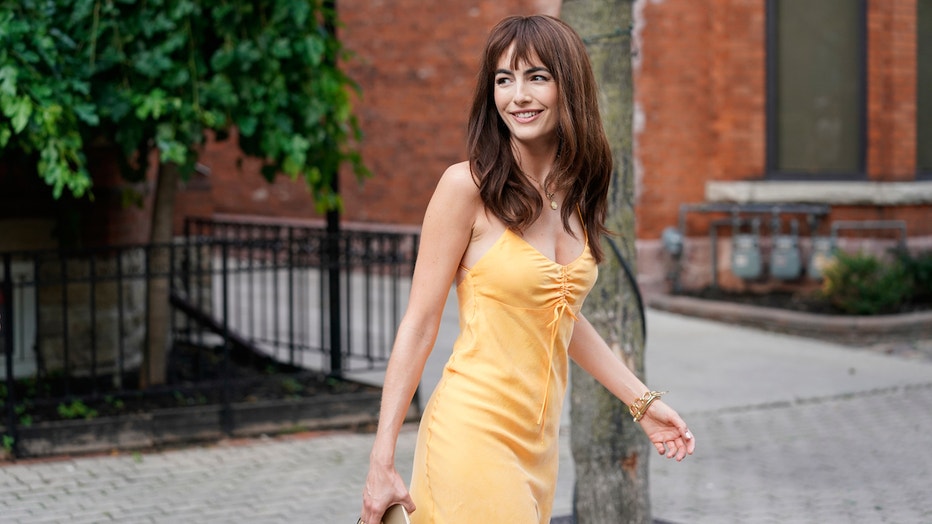 "Hopefully people can just take some lightness from it and escape for a couple hours and watch something that’s not geared toward the dark or the drama," said LaFontaine, adding it’s something you "can sit down and watch with families."

"I think we really accomplished something really great here," said Marques Houston, known for "Sister, Sister" and the R&B group Immature. "From the music to the dancers to the actors, It’s just incredible to see it all come together, and I’m so excited about it."

Other Valentine’s Day favorites will also be available on Tubi all month long, including "Crazy, Stupid, Love," "He’s Just Not That Into You," "500 Days of Summer," "A Walk To Remember," "William Shakespeare’s Romeo + Juliet," and much, much more.

With more than 3,000 romance titles on offer, there’s something for everyone on Tubi, all streaming for free. To help get you started, we’ve put together a handy viewing guide below:

For Period Piece Lovers: "Sense and Sensibility," "The Young Victoria," "Winter’s Tale," "Why Do Fools Fall in Love?," "Remains of the Day," "Carol," "Girl with a Pearl Earring," "Sing Street"

For Tearjerking Romance: "A Walk To Remember," "William Shakespeare’s Romeo + Juliet," "My Girl," "City of Angels," "The Choice"

For Unique Cinematic Voices: "500 Days of Summer," "Eternal Sunshine of the Spotless Mind," "Safety Not Guaranteed"

For Out-There Comedies: "Only Lovers Left Alive," "I Love You Phillip Morris"

Sing Street (2016): John Carney (the force behind the marvelous romance "Once") turns in another gem of a musical in this 2016 coming-of-age story, which boasts a terrific cast and a score that will stick with you — particularly "Drive it Like You Stole it," which is what you might call an immortal bop. Rated PG-13. 106 minutes. Dir: John Carney. Featuring: Ferdia Walsh-Peelo, Lucy Boynton, Maria Doyle Kennedy, Jack Reynor.

The Family Stone (2005): What happens when an uptight Manhattan executive meets her boyfriend’s tightknit bohemian family? Fireworks, of course. And plenty of comedy too. Over the past 16 years, "The Family Stone" has grown into something of a modern Christmas classic — and with good reason. It’s a movie that understands that getting through the tough times only helps you appreciate the good times more. Rated PG-13. 103 minutes. Dir: Thomas Bezucha. Featuring: Diane Keaton, Sarah Jessica Parker, Dermot Mulroney, Claire Danes, Luke Wilson, Rachel McAdams, Craig T. Nelson, Elizabeth Reaser.

Tubi has more than 35,000 movies and television series from over 250 content partners, including every major studio, in addition to the largest offering of free live local and national news channels in streaming. The platform gives fans of entertainment, news and sports an easy way to discover new content that is available completely free.

Allison Shoemaker contributed to this story.