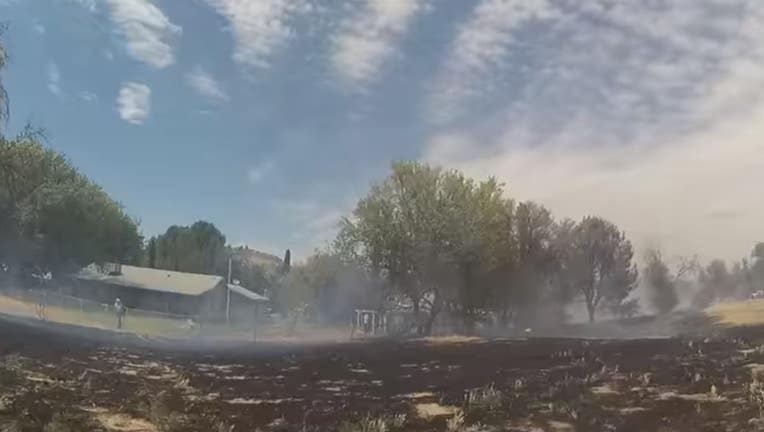 A screenshot from a video surveying the damage from the Beaver Creek golf course fire.

Witnesses reported seeing three boys playing with aerosol cans and a lighter before the fire started.

A sheriff's office investigation showed the 11-year-old boy intentionally started the fire and the two other boys tried to stop him and put out the fire before it grew.

The 11-year-old is facing three felony charges for arson of a structure, criminal damage, endangerment plus a misdemeanor for reckless burning.

"We truly hope this 11-year-old learned his lesson. Wildland crews and firefighters put their lives on the line to protect the residents in our community. YCSO is going to holding those responsible accountable," said Sheriff David Rhodes in a Facebook post.