Alleged love triangle may have caused double shooting in Mesa

Justin Peterson reportedly fired nearly three dozen shots at a Mesa couple on Sept. 30, killing them both after a dispute that may have been caused by an alleged love triangle.

MESA, Ariz. - Two people were shot and killed after a fight broke out between two couples in a Mesa neighborhood Thursday night, police said.

Officers responded to a shooting call near Southern Avenue and Signal Butte Road on Sept. 30 and discovered two dead bodies on the sidewalk with "obvious gunshot wounds."

According to police officials, two couples who were living in two separate houses on the same street were arguing with each other.

"Both couples produced a firearm during the argument resulting in the shooting," Mesa police said in a statement.

The dead victims were identified as a 54-year-old Shawn Conner and 39-year-old Ivana Liversedge, who lived together.

Meanwhile, the other two involved were identified as a 41-year-old Justin Peterson and an unidentified 38-year-old white woman.

Peterson reportedly used an AK-47-style weapon and fired nearly three dozen shots, killing the two victims in the middle of the street. One of the victims was armed with a revolver, but did not fire it.

Peterson's wife told officers that her husband opened fire to defend her.

Mesa police say Peterson is being charged for the murder of Ivana Liversedge, and criminal charges are pending for Shawn Conner's death. Investigators are still looking into the claim that the shooting may have been in self-defense.

"Liversedge and Conner were acquaintances that got into an argument with Peterson and his spouse prior to this shooting occurring," police said in a statement.

Police say that Peterson's wife had been involved in a relationship with the female victim, but that recently ended. Investigators believe that may have prompted the argument and shooting. 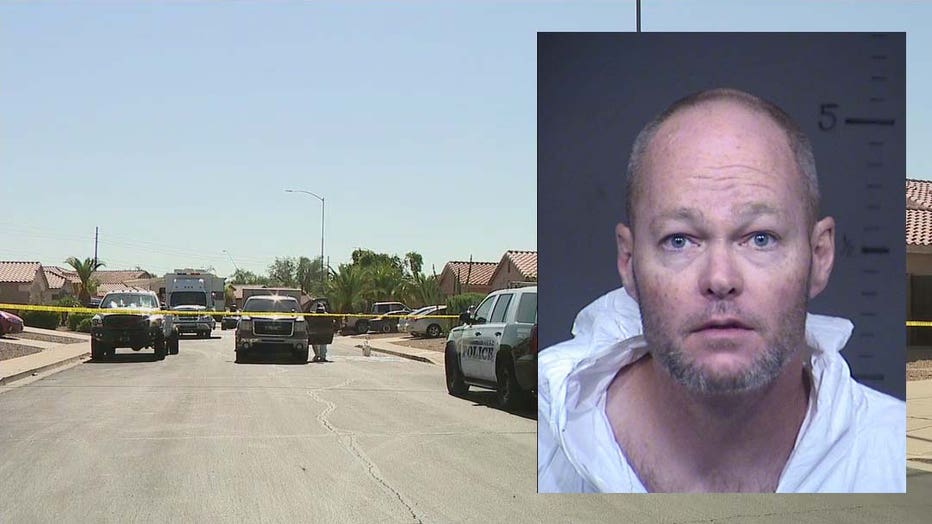 Neighbors say they heard an estimated two dozen gunshots go off that night at around 11:50 p.m.

The shooting was followed by panicked screams.

A history of domestic violence calls

2 dead after gunfight between 2 couples in Mesa

A dispute between neighbors escalated into a deadly shooting that left a Mesa neighborhood shocked. FOX 10's Nicole Garcia reports.

Officials say they've been called to the home several times in the past for domestic violence. Neighbors told FOX 10 that they are used to hearing fighting and screaming from the residence that housed the couple that fired the fatal shots.

"They had a situation here not too long ago in the summer where he was barricaded with a weapon," said one neighbor.

According to records with Maricopa County, the home was owned by Justin and Lori Peterson. The couple was previously arrested in 2006 on assault and endangerment charges. Neighbors describe the husband as "unstable."

"A very angry, out-of-control person," said one neighbor. "I mean, anybody that walks around screaming ‘F-you’ at the top of their lungs in the middle of the day's obviously has some problems." 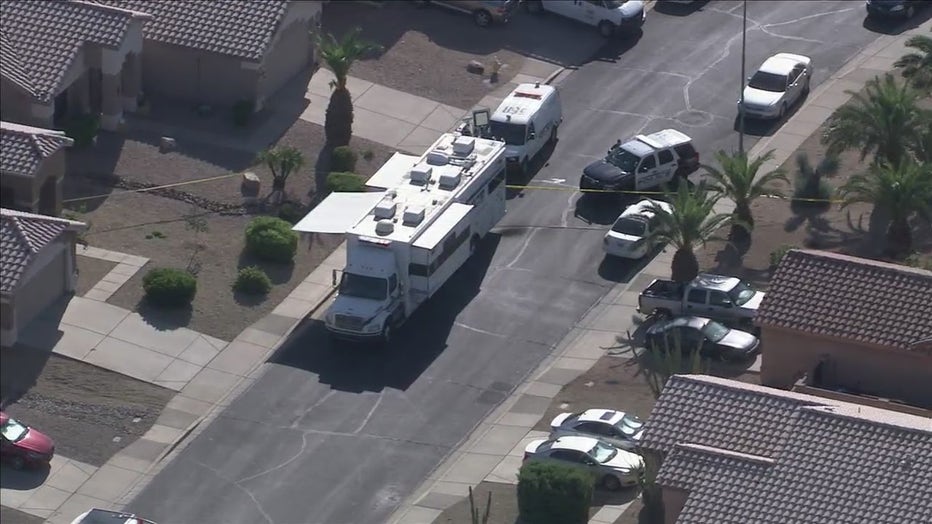 The scene of a deadly shooting near Signal Butte and Southern in Mesa.