Arizona Election 2022: A look at the latest numbers overnight

It's the morning after Election Night, and we're seeing new numbers come in - some candidates have retained their lead, while others are in races too close to call.

PHOENIX (AP) - A handful of U.S. House races in Arizona remained too early to call as Republicans hoped to shift the state’s 5-4 Democratic tilt by picking up two and possibly three seats.

Redistricting after the 2020 U.S. Census gave the GOP candidates a leg up in those three districts. Meanwhile, a district that had strongly favored Republicans for the past decade got only slightly less GOP-friendly. Incumbents in four of the other five districts easily won their races Tuesday, but the fifth was too tight to declare a winner.

David Schweikert is projected to have won this race by the AP.

The lone Republican U.S. House incumbent who faced a realistic challenge is David Schweikert, whose wealthy 1st Congressional District covers parts of northeast Phoenix, Scottsdale, Paradise Valley and Fountain Hills. He faced Democrat Jevin Hodge, who runs a Head Start program and has called out Schweikert for past ethics issues and his support for Trump.

Schweikert said voters in the slightly less GOP-tilted district prefer his positions on the economy. 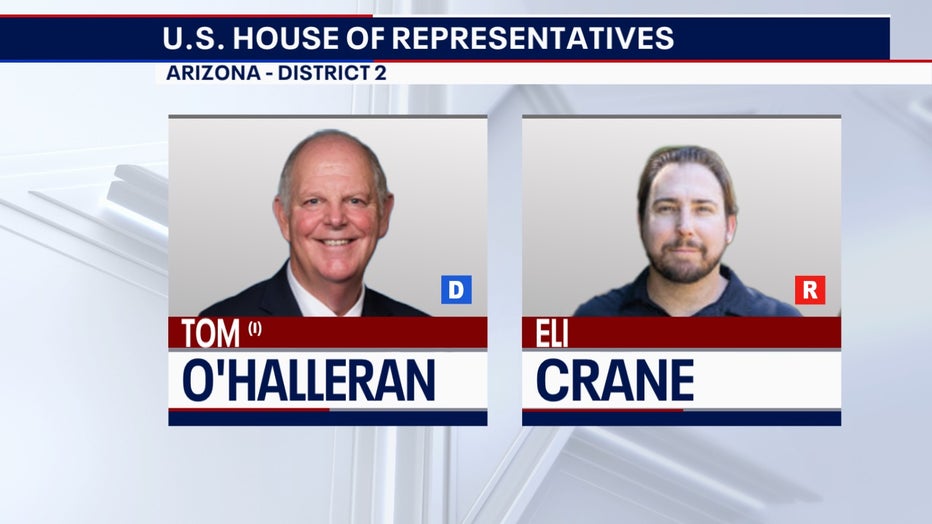 Three-term U.S. Rep. Tom O’Halleran has been projected to lose against Eli Crane for control of the sprawling 2nd Congressional District, which covers much of northeastern Arizona and dips south to the northern Tucson suburbs. Redistricting remade the district into one that strongly favors the GOP by drawing in the Prescott area.

O’Halleran hoped his voting record as a moderate was enough to overcome the heavy Republican advantage as he faced political newcomer Eli Crane. A businessman and former Navy SEAL, Crane had the endorsement of former President Donald Trump. 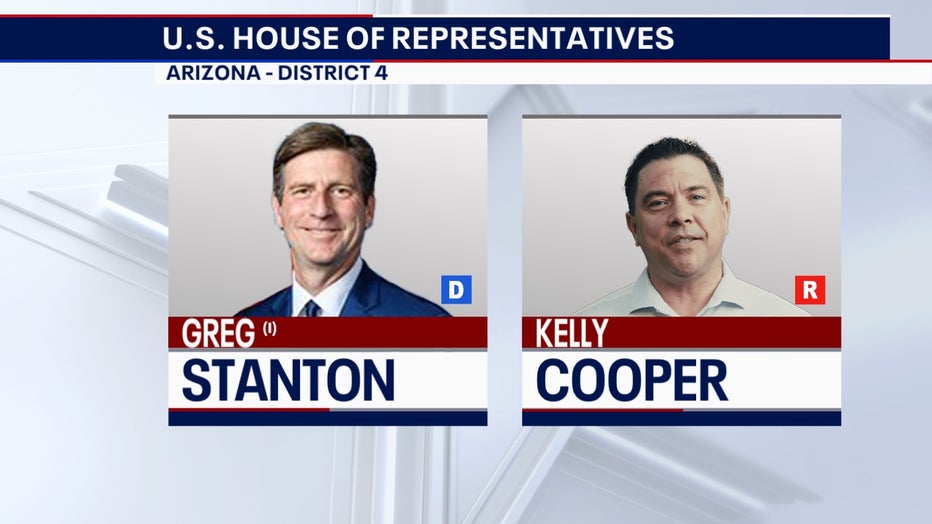 Democratic Rep. Greg Stanton had a better chance of beating Republican Kelly Cooper, a restaurant owner and Marine veteran who is another political newcomer, in the 4th District that includes parts of Tempe, Mesa, Phoenix and Chandler. The district has been held by Democrats since being created a decade ago, but Stanton faced a tougher fight in his bid for a third term.

Cooper, who also had Trump’s backing, blamed Stanton and President Joe Biden for inflation, high gas prices and the number of border crossings.

Stanton pointed to Cooper’s call to defund the FBI, release people who attacked the U.S. Capitol on Jan. 6, 2021, and painted Cooper as an extremist on abortion, which was a big focus for Democrats this year in Tuesday’s election. 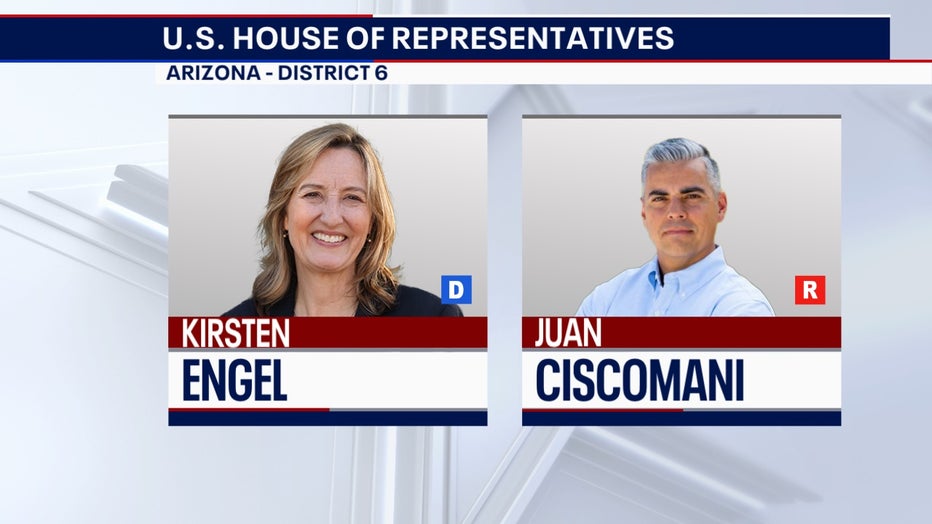 Democrats lost a second U.S. House seat in Arizona on Monday after a former aide to Republican Gov. Doug Ducey won a seat in the state’s southeast that is being vacated by retiring Rep. Ann Kirkpatrick.

Republican Juan Ciscomani beat Democrat Kirsten Engel in the open 6th Congressional District seat now held by Kirkpatrick. Ciscomani is a former senior adviser to Ducey who has strong ties to the business community. He touted his background as an immigrant who became a U.S. citizen after his family came to Arizona from Mexico when he was a boy.

Ciscomani’s win cements a 6-3 Republican majority in Arizona’s congressional delegation and helps the GOP’s efforts to take control of the House.

Republican Reps. Debbie Lesko in the 8th District and Paul Gosar in the 9th faced only write-in candidates and won. Democratic Reps. Ruben Gallego in the 3rd District and Raul Grijalva in the 7th also were reelected.

Republican Rep. Andy Biggs has been projected to win the 5th district, according to AP.

Get the latest election results: https://www.fox10phoenix.com/elections 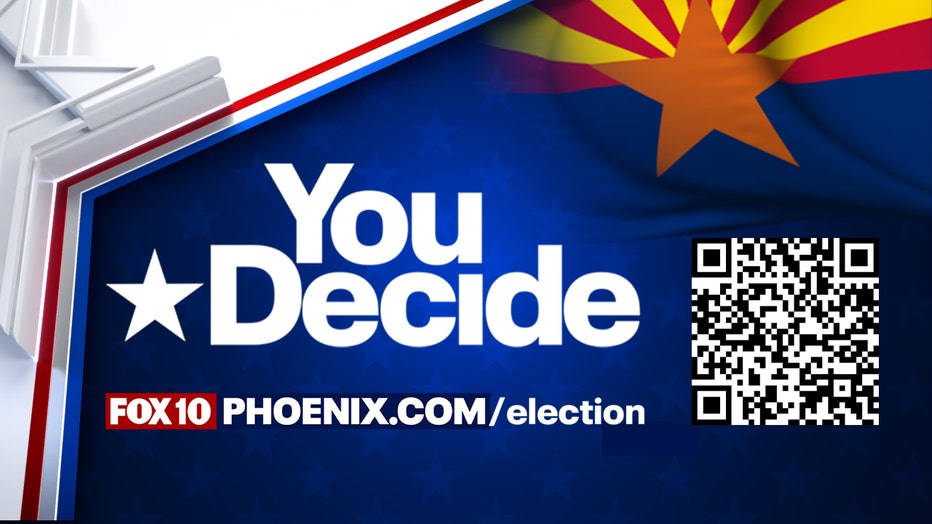