NEW YORK - Four men have been arrested in connection with the overdose death of "The Wire" actor Michael K. Williams.

Williams was found dead in his Brooklyn penthouse apartment in September 2021 from an overdose of fentanyl-laced heroin. A relative who hadn't heard from Williams in a couple of days had gone to check on him and found his body.

Hector Robles, aka "Oreja," Luis Cruz, aka "Mostro," and Carlos Macci, aka "Carlito," were charged as members of the fentanyl and heroin conspiracy.

The Life and Legacy of Michael K. Williams - [STREET SOLDIERS]

After becoming widely known for his portrayal of Omar Little in The Wire, and in the years that followed he used his considerable creative talents to entertain us in dozens of TV and film roles. He was also a much-loved humanitarian who uplifted our communities and left behind and empowering legacy for his youth.

Since at least in or about August 2020, the drug trafficking organization the "DTO" has been operating in the area of 224 South 3rd Street in the Williamsburg neighborhood of Brooklyn, prosecutors claim. They say DTO sells heroin laced with fentanyl and a fentanyl analogue on the street in front of, and from an apartment inside of, the apartment building located at 224 South 3rd Street, among other places.

They say around September 5, 2021, members of the DTO sold Williams heroin, which was laced with fentanyl and a fentanyl analogue, with Cartagena actually handing over the drugs, surveillance video showed. The surveillance images show Williams in a black tracksuit taking a plastic bag from Cartagena while he's standing behind trash cans on a street in Williamsburg. Another picture shows the two exchanging cell phone numbers.

Hours later, Williams was found dead inside his apartment. 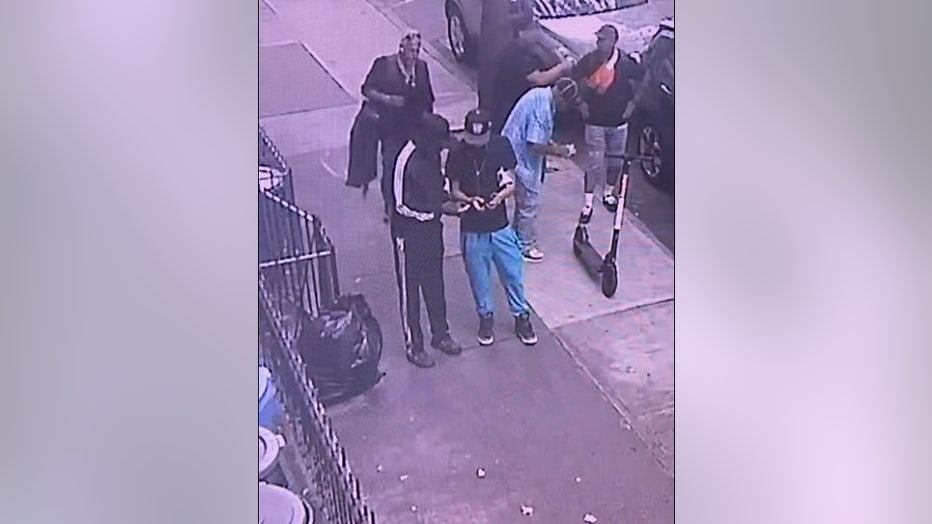 Cartagena was arrested Tuesday in Puerto Rico.  Robles, Cruz, and Macci were arrested in New York and were expected to be in front of a Manhattan federal judge on Wednesday.

"We will continue to hold accountable the dealers who push this poison, exploit addiction and cause senseless death," U.S. Attorney Damian Williams, no relation to the actor, said on Wednesday.

Peter Frankel, a former federal prosecutor, explained why this is a federal case.

"You've got a high-profile death, you've got fentanyl, which is ravaging our society, and you have a situation where if this went to state court, you'd be looking at all four of them getting out the night that they were arraigned and no prosecution for homicide," Frankel said. "So, I think for all those reasons, you see the feds involved here and you may see the feds getting involved more and more in street-level drug deals."

Williams, 54, was famous for his role as Omar Little in the TV series "The Wire" and as Chalky White in "Boardwalk Empire." He also appeared in the movies "12 Years a Slave," "Assassin's Creed," and others.

Family members and co-stars of Michael K. Williams reacted to the actor's death.