Four people are dead after an early morning shooting at a Tucson trailer park on Nov. 14 near Ajo Highway and La Cholla Boulevard.

TUCSON, Ariz. - Four people are dead after an early morning shooting at a Tucson trailer park on Nov. 14.

The shooting happened near Ajo Highway and La Cholla Boulevard. That's where officers first found a man with a gunshot wound dead in the street.

They then found three more victims. Two died at the scene and the other died at the hospital.

The identity of three of the victims have been released by police. They are 18-year-old Juan Jose Martinez, 22-year-old Manuel Adolfo Vazquez and 24-year-old Luis Vazquez.

The fourth victim's name, a 20-year-old man, hasn't been released due to a pending family notification.

Witnesses say a group of men went to a home to confront the homeowner and a guest. Police haven't said what the confrontation was about.

The homeowner was not hurt.

Tucson Police described the incident in detail, saying, "According to interviews, detectives learned that a social function had taken place at the mobile home in question. During the gathering, there was a disturbance and one of the attendees ultimately left. Approximately an hour later, the individual that had left, returned to the home with other individuals. A confrontation ensued in the home which led to gunfire. Detectives are gathering their findings which will be presented to the Pima County Attorney’s Office for review. No charges have been filed and there are no suspects being sought at this time."

Anyone with information on this incident is asked to call 88-CRIME. 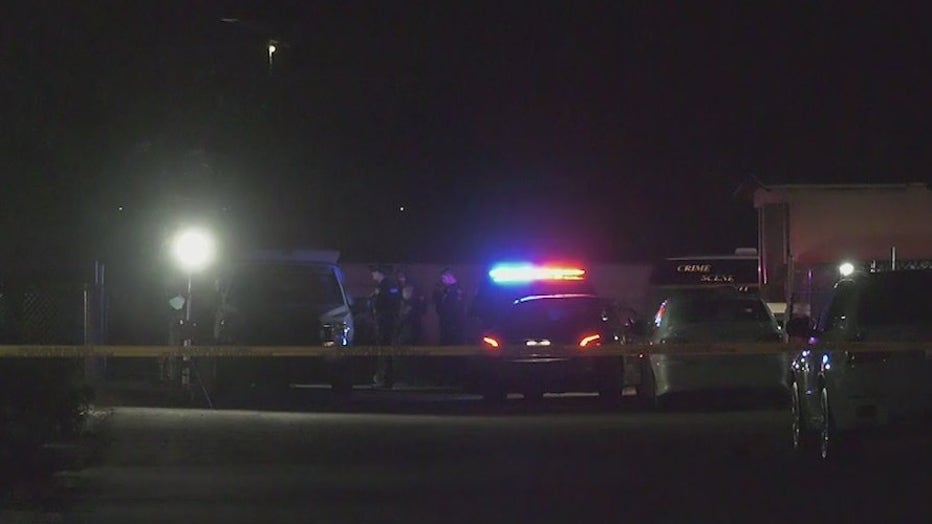