PHOENIX - Four Phoenix police officers were denied qualified immunity in a lawsuit over the death of a Black man during a 2017 arrest attempt in which one officer pressed his knee into the man’s neck and shoulder area, according to a newly unsealed court ruling that rejected the city’s bid to throw out claims of excessive force and wrongful death.

The Aug. 31 ruling by U.S. District Judge Susan Brnovich said disputes over facts in a key moment during the encounter prevented her from making a pretrial ruling on whether the four officers engaged in excessive force in the arrest of Muhammad Abdul Muhaymin, who was homeless and had schizophrenia.

But the judge said officers who were restraining Muhaymin ignored three of his pleas that he couldn’t breathe and that he didn’t appear to be posing a threat to police, even though he was putting up passive resistance late in the encounter when they re-handcuffed him. "Accordingly, the court finds that the law is clearly established that the officers’ conduct at issue of applying weight to Muhaymin’s neck area while he was in the prone position could constitute excessive force," Brnovich wrote.

The decision was publicly released Wednesday after an advocacy group for Muslims and the First Amendment Clinic at Arizona State University’s law school separately petitioned the court to unseal the ruling and other records. The ASU clinic made its request on behalf of The Associated Press.

The records, unsealed two weeks after the city of Phoenix agreed to pay $5 million to settle the lawsuit filed by Muhaymin’s sister, reveal the legal arguments that both sides had asked the judge to keep out of the public’s view over 10 months. The documents were made public by U.S. District Judge Douglas Rayes, who took over the case in September.

Brnovich found four officers weren’t entitled to qualified immunity, which protects government employees from lawsuits as long as their actions don’t violate clearly established law or constitutional rights they should have known about.

None of the officers were criminally charged or faced internal discipline for their actions.

The police department and city didn’t immediately respond Thursday to a request for comment on the ruling. The city had denied the suit’s allegations of excessive force and wrongful death and settled the lawsuit without acknowledging wrongdoing. 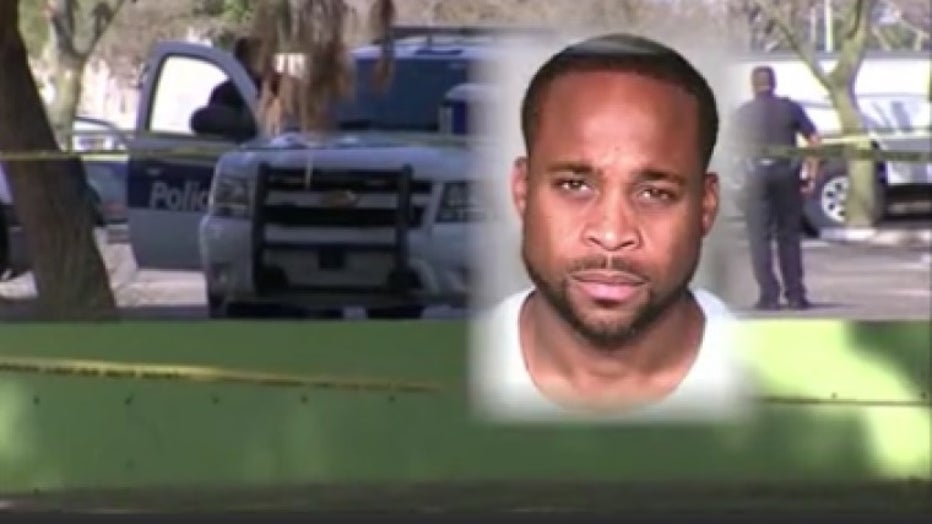 An autopsy report lists several factors in Muhaymin’s cause of death: cardiac arrest in the setting of coronary artery disease, psychiatric disease, acute methamphetamine intoxication and physical exertion when being subdued by law enforcement.

The city’s lawyers have said Muhaymin had more than five times the toxic level of methamphetamine in his system when he died.

The struggle with officers unfolded at a community center where a city employee told Muhaymin, who wanted to use the restroom there, to leave because his dog was unleashed. Officers eventually let Muhaymin go the bathroom, but later tried to arrest him after learning he had an outstanding warrant for failing to appear in court for a misdemeanor drug-paraphernalia possession charge.

Outside the center, an officer told Muhaymin to set down his dog because he was under arrest. Brnovich said it was reasonable for an officer to use a baton to free the chihuahua from Muhaymin’s grasp because he refused their order to let go of the pet. She also said the first of two efforts to bring Muhaymin to the ground seemed to be warranted.

After bringing the handcuffed Muhaymin to a police SUV in the parking lot, officers brought him to the ground again to re-handcuff him so his hands were behind his back. "Please stop," Muhaymin said, according to the ruling.

The judge said Muhaymin engaged in passive resistance, meaning he resisted arrest without trying to assault officers. As many as five officers at a time put their body weight on Muhaymin during the struggle.

Minutes later, the 43-year-old went into cardiac arrest and began vomiting. He was later pronounced dead at a hospital.

Officials with HMSHost, a vendor that operates many of the restaurants and coffee shops inside the terminals, say workers with the Unite Here Local 11 union have gone on strike. The union had been in negotiations with the company since 2017.

Ghost guns: What you need to know about an untraceable, legal weapon that is becoming popular

The shooting at Cesar Chavez High School in Phoenix reportedly happened following a fight over a ghost gun purchase. FOX 10's Stephanie Bennett has more on what ghost guns are, and why law enforcement officials believe they are a treat to public safety.

'Just come forward': Mother pleads for information about her son's murder in Phoenix

23-year-old Courtlin Florence was gunned down on Nov. 19 in Phoenix and his mother wants justice for her son, and says she forgives whoever took her only child from her.