Officials say the more than 70 dogs that lived were neglected and living in squalid conditions.

AVOCA, Ark. - Nearly 80 dogs died in a rural Arkansas house fire Saturday, and the 73 that lived showed signs of neglect.

The fire happened Saturday morning at a home in Benton County where six people lived, according to KNWA. The six residents weren’t injured, but more than half of the 150 dogs living on the property were killed. The rest, 73 small-breed dogs, were sent to a shelter that’s already full.

"We noticed the homeowners trying to get back inside to get their pets out of the house," Avoca Assistant Fire Chief Brian Ervin told KNWA. "At the time, we didn’t know how many dogs there were."

Clayton Morgan, director of the Humane Society in Rogers, Arkansas, where the animals were taken, said many of the dogs have health issues, like skin mites and blindness, and showed signs of neglect. 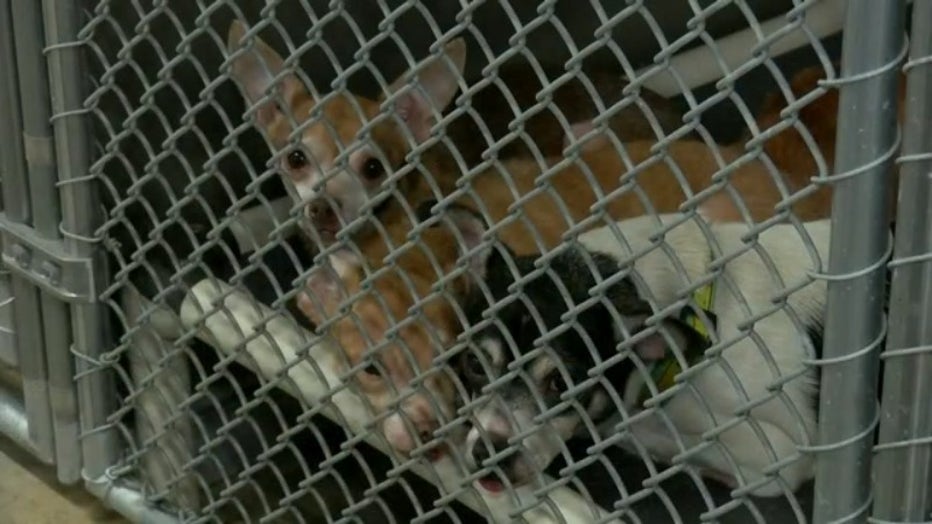 Morgan said puppy mills, or large-scale commercial breeding farms where dogs are typically not well-cared for, are plentiful in rural Benton County.

"We need to stop and think where these dogs are coming from," he said.

The dogs will remain at the Humane Society in Rogers for 15 days, after which they will be sent to shelters across the country. The shelter’s population more than doubled when the 73 dogs arrived.