Robert Krebs, 84, will spend the next 21 years behind bars after carrying out an armed heist at an Tucson credit union.

PHOENIX - An 84-year-old man who spent most of his adult life behind bars for robbing banks was sentenced on August 17 to more than 21 years in prison for carrying out an armed heist at an Arizona credit union.

Authorities say Robert Krebs carried out the January 2018 holdup in Tucson about seven months after he was released from prison as he was struggling to adjust to life on the outside. His attorney said Krebs wanted to go back to prison.

Krebs, who was in a wheelchair and had difficulty hearing during his sentencing, declined to answer a judge’s question about whether he accepted responsibility for his actions.

U.S. District Judge Jennifer Zipps said Krebs doesn’t appear to be remorseful and has done damage to society and caused other people to be fearful. "This is the same type of conduct that he has been involved with his whole life," Zipps said.

Kreb’s attorney, Erin Carrillo, said her client committed the Tucson robbery to return to prison because he didn’t feel like he fit into society after spending decades in prison. "To get out of the freedom business and go back to the penitentiary — that’s what he told me," Carrillo said.

Krebs served more than 30 years for a 1981 bank robbery in Florida and was sentenced to three years in prison after a 1966 conviction in Chicago for embezzling $72,000 from a bank where he worked as a teller.

He also served an additional 17 years for theft and armed robbery convictions from Arizona dating to 1980.

In the Florida robbery, the branch manager and teller tripped a silent alarm and were later put in the bank vault. Krebs, who was arrested as he walked into the bank’s parking lot, was disguised in a wig, had cotton in his cheeks and had varnished his fingertips to leave no fingerprints, according to news accounts by The Orlando Sentinel.

Krebs told investigators he didn’t wear a disguise in the 2018 Tucson robbery because he wanted to get caught and return to prison, according to court records.

Documents say he also told authorities he committed the robbery because his monthly $800 Social Security payment wasn’t enough to live on and that the months before the robbery were the worst in his life. 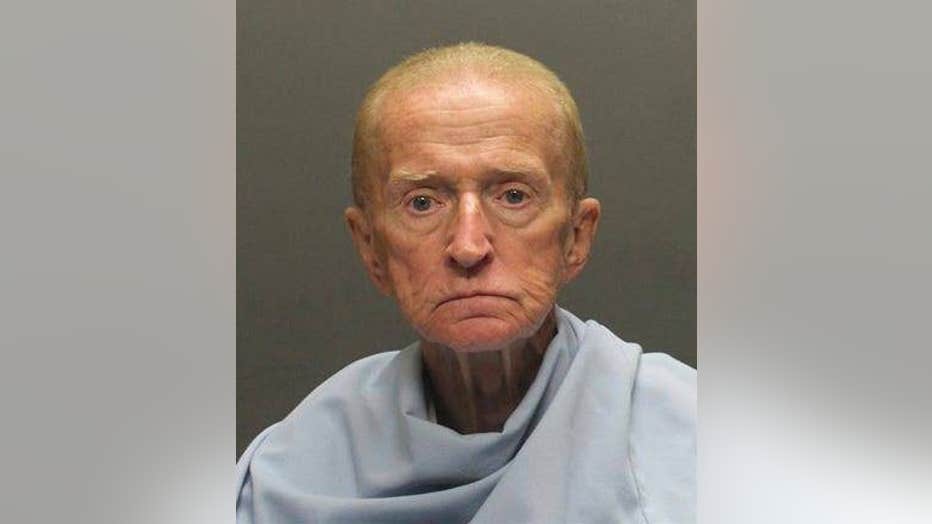 Prosecutors said Krebs decided the credit union was an easy target because there was no glass separating customers and tellers and that he picked a lending institution near a mall, where it would be harder for police to find him.

Authorities said Krebs walked into a Pyramid Federal Credit Union branch on Tucson’s northern edge, put a handgun that turned out to be a BB gun on the counter and demanded cash.

Authorities say he walked away with nearly $8,400 and later told investigators he almost got struck by a vehicle while crossing a roadway. He was arrested at a hotel.

J.L. Hunter "Red" Rountree, who has been dubbed America’s oldest bank robber, was convicted of committing two robberies in his mid-80s and was 91 at the time of his last heist in the early 2000s. He robbed banks in Mississippi, Florida and Texas.

Rountree died in prison at age 92.