California governor says thousands being monitored for COVID-19 in state

Gov. Gavin Newsom said more than 8,400 people who arrived in California on commercial flights from areas of concern relating to the novel coronavirus were being monitored by 49 local jurisdictions.

SACRAMENTO, Calif. - A day after the first case of person-to-person coronavirus was reported in Northern California, Gov. Gavin Newsom on Thursday held a news conference on the state's response to the illness, known as COVID-19.

"We are not overreacting but we are not underreacting," Newsom said. "Yesterday's case generated a lot of attention, but we all knew this was inevitable." Newsom said 8,400 people are being monitored for the novel coronavirus in the state in dozens of jurisdictions.

Newsom said more than 800 people had come into California on repatriation flights from areas affected by the virus. Some of those passengers had been quarantined at Travis Air Force Base in Northern California's Solano County.

"But that's a small part of the overall picture," Newsom said. "Thousands and thousands of other people have come in on more traditional flights through the state of California. Some 8,400-plus are currently being monitored with 49 local jurisdictions doing those protocols and monitoring as it relates to more traditional commercial flights that came in from points of concern and potential points of contact, particularly in Asia."

Newsom said state officials are in constant contact with the CDC and they are conducting "deep tracking and tracing" of patients.

RELATED: COVID-19 more contagious than SARS or MERS, can live on surfaces for up to 9 days, studies say

On Wednesday, the Centers for Disease Control and Prevention reported a coronavirus case in California, which could be the first in the U.S. that has no known connection to travel abroad or another known case, a possible sign the virus is spreading in a U.S. community, health officials said.  On Wednesday, President Trump also addressed the nation about the spread of the disease as well.

RELATED: Flight attendant diagnosed with coronavirus after flights in and out of Los Angeles, reports say

Newsom said that in all there are only 28 cases of people who have tested positive for coronavirus in California. There had been 33, but five people had moved out of the state.

Newsom said California is working "very collaboratively" with the Trump administration, pointing out that many repatriation flights of passengers have been taken in and cared for at Travis Air Force Base in Fairfield and other bases in the state.

California officials said the person is a resident of Solano County, northeast of San Francisco, and is getting medical care in Sacramento County. They said they have begun the process of tracking down people who the patient has been in contact with, a process known as contact tracing.

Newsom said the CDC would be sending 10 of its heath workers to assist in California's efforts to track down every point of contact that the patient had in the state, but expressed frustration with "inadequate" access to testing methods in the state due to non-functional test kits that were sent out across the country.

"We have, as I said, just 200 kits, and that's for -- not just the traditional diagnostic, but also surveillance. It's simply inadequate," Newsom said. "But no longer will that be the case. Later this afternoon, tomorrow, the next few days, we have been assured of our capacity to significantly, exponentially increase the capacity to test."

Newsom called the testing "critical" to the effort to stop the virus' spread.

RELATED: US testing capacity for coronavirus delayed amid ‘inconclusive’ results from kits distributed by CDC

Officials said that the woman was in her community for "a number of days" before seeking treatment for her symptoms.

The patient was brought to UC Davis Medical Center from another Northern California hospital on Feb. 19 but it was four days before the CDC heeded a request to test the patient for COVID-19, according to an email sent to employees Wednesday by the hospital’s interim CEO, Brad Simmons, and David Lubarsky, CEO of UC Davis Health.

The patient arrived on a ventilator and special protection orders were issued “because of an undiagnosed and suspected viral condition,” according to the email, which was sent to employees.

The hospital asked the CDC to test for the coronavirus but testing was delayed until Sunday “since the patient did not fit the existing CDC criteria for COVID-19,” the email said.

The hospital, which has treated other coronavirus patients, has been taking infection prevention precautions since the patient arrived. The email said officials believe there was only a small chance that others at the facility were exposed to the virus.

“Nevertheless, a small number of medical center employees have been asked to stay home and monitor their temperatures,” the email said.

All of the 59 other cases in the U.S. had traveled from abroad or had been in close contact with those who traveled. Health officials have been on high alert for so-called community spread.

RELATED: 200 traveling through Atlanta's airport commit to home screening to check for coronavirus

Earlier U.S. cases included 14 in people who traveled back from outbreak areas in China, or their spouses; three people who were evacuated from the central China city of Wuhan; and 42 American passengers on the Diamond Princess cruise ship who were evacuated by the federal government to the U.S. from where the ship was docked in Japan.

Some of those evacuated were taken to Travis Air Force Base, which is in Solano County. A number of the earlier cases have been in California, including among some of the people taken to Travis and one in which a traveler who returned to San Benito County spread it to a spouse.

RELATED: A look inside a Bay Area hospital's isolation room for coronavirus

California officials have been preparing for the possibility that community spread of the virus might first surface there.

“We have been anticipating the potential for such a case in the U.S., and given our close familial, social and business relationships with China, it is not unexpected that the first case in the U.S. would be in California,” said Dr. Sonia Angell, Director of the California Department of Public Health and State Public Health Officer, in a statement.

The outbreak, which began in China, has infected tens of thousands of people in more than three dozen countries, with the vast majority in mainland China.

The new virus is a member of the coronavirus family that can cause colds or more serious illnesses such as SARS and MERS.

Officials are advising people to take steps to avoid infection with coronavirus or other respiratory infections like a cold or the flu, including washing hands with soap and water and avoiding close contact with people who are sick.

KTVU Fox 2 and The Associated Press contributed to this report. This story was reported from Los Angeles and Oakland, Calif. 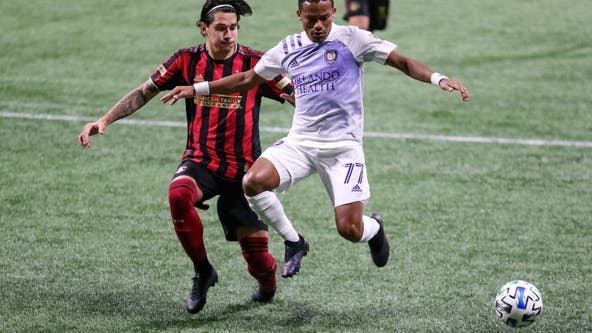