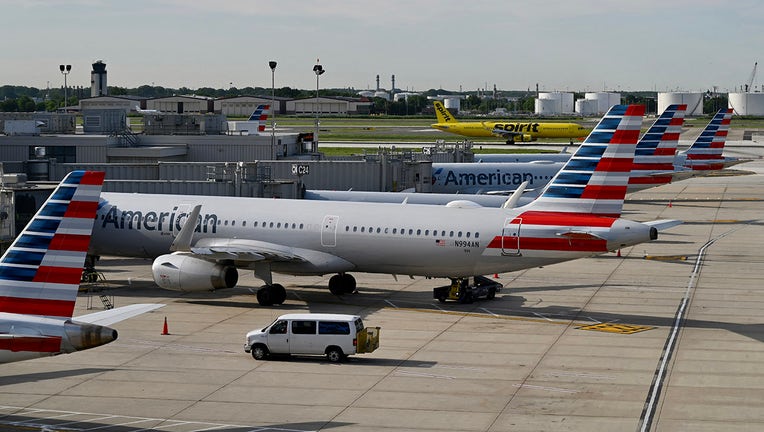 DALLAS - American Airlines earned $476 million in the second quarter on record revenue from summer travelers and said Thursday that it expects to remain profitable in the third quarter.

It was American's first quarterly profit without government pandemic aid in the COVID-19 era.

Revenue from leisure travelers topped 2019 levels, said CEO Robert Isom, and demand also increased for business travel, which has lagged. He said international bookings improved during the quarter and are expected to keep rising now that the government has dropped a requirement for a negative COVID-19 test for people flying to the United States.

Airlines have struggled with flight delays and cancellations this summer. The airline industry has blamed bad weather and understaffing of federal air traffic controllers. But federal officials have pointed to understaffing at the airlines, which led to tens of thousands of workers quitting during the pandemic.

Isom said American's record for on-time flights and cancellations both improved in the second quarter, compared with the same period in 2019.

RELATED: Delta passenger explains why he declined $10K offer to give up airplane seat

The Fort Worth, Texas, airline said it expects a profitable third quarter, based on travel demand and the forecast for fuel prices. It said revenue will be 10% to 12% higher than the same period in 2019 even as it cuts passenger-carrying capacity by 8% to 10%.

In the second quarter, American's adjusted profit was 76 cents per share, a penny below the forecast of analysts surveyed by FactSet.

Shares of American Airlines Group Inc. fell 3% before the opening of regular trading Thursday. Airline stocks were dragged lower by United Airlines' report the day before that its second-quarter profit fell short of Wall Street targets and it will reduce flights in the second half of the year.