PHOENIX - An Arizona dog who vanished more than a year ago was presumed dead. But somehow, some way, she's alive and well today.

Only Lilibeth knows her miraculous story of survival. The rest of us can only guess how she made it this long, lost and alone.

"Lilibeth probably survived on cat food and water left out for the cats, so we're very fortunate she was able to survive 15 months out on her own," said Barb Savoy with Friends for Life.

According to Gilbert animal rescue Friends For Life, the cute puppy was being fostered back in 2021 by Carly Fife. She said the pup had been adopted out to another family, but one day later she got loose.

"Immediately went to look for her, because I had just bonded with her," Fife said. "We looked several days that week, put up signs and walked the alleys. And at a certain point I thought she couldn't be found, she couldn't survive out there."

Her owners eventually gave up and got a new dog.

"The neighbor said, ‘Hey look, there’s that dog that's been hanging around for about a year,'" said Barb Savoy. "She looked distressed, and they were able to trap her and scan for her microchip back to us, and not only was she able to find her way back to us, but to her original foster family that was kind enough to foster her again." 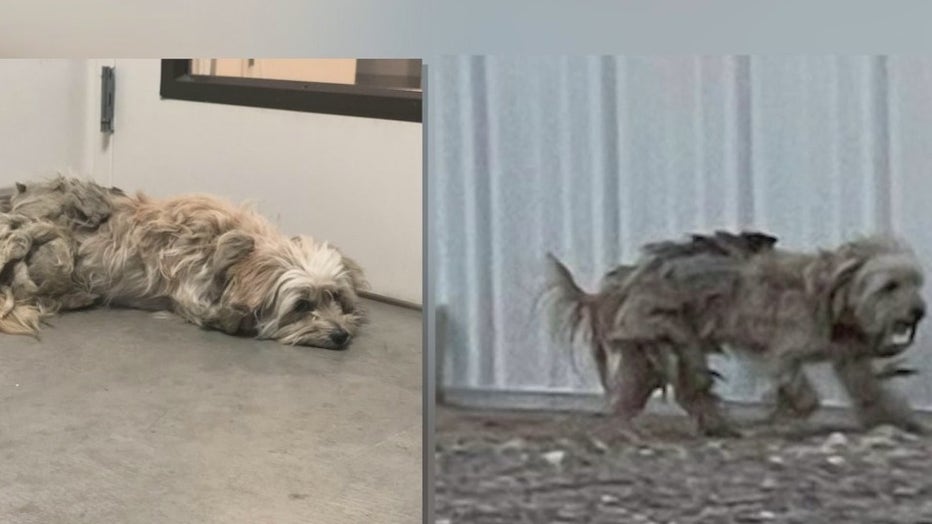 Lilibeth when she was found. (Friends For Life)

She was covered in mats and has some wounds, but other than that, she is okay and happy to return to a home that loved her.

"I think she remembered our home and the smells and everything, so she adjusted pretty quickly," said Carly Fife. "Probably the next day she was jumping up the stairs on the couch, tail wagging."

It's an unbelievable end to a tale for a dog that may have just as many lives as a cat.

It's also a reminder to get your dogs microchipped. Lilibeth was not only microchipped but even still had her original collar on - rescuers think she was just scared and hiding out of sight.

The pup will go up for adoption in a few weeks.

More on Friends for Life: azfriends.org/