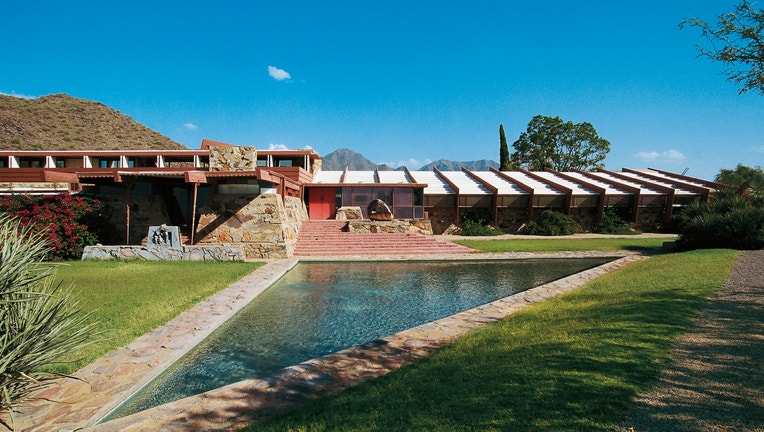 Frank Lloyd Wright's Taliesin West, his winter home and architectural school, which he began in 1937 in the foothills of the McDowell Mountains in Arizona Sonoran Desert. (Photo by DeAgostini/Getty Images)

The School of Architecture at Taliesin, which encompasses Wright properties in Wisconsin and Arizona, will shutter in June. The school’s governing board said in a statement the “gut-wrenching decision” was made after no agreement could be made with the Frank Lloyd Wright Foundation to keep operating the school. Specific details about the negotiations between the school and foundation were not disclosed.

“This is a sad and somber day for our school, our students and staff and the architecture community,” said Dan Schweiker, chairperson of the Board of Governors.

Wright launched the architecture school in 1932. He and his young apprentices would split their time between Taliesin in Spring Green, Wisconsin and Taliesin West in Scottsdale, Arizona.

The school currently has 30 students. It will remain open for the spring semester. School officials say they are working on an agreement with Arizona State University’s design school to allow those students’ credits to transfer.

Until Wright’s death in 1959 at age 91, Taliesin West was the famed architect’s winter home and laboratory. The original Taliesin, Wright’s primary home in Spring Green, was named after a 6th century Welsh bard whose name means “shining brow.”

Both retreats were among eight Wright-designed buildings recognized as UNESCO World Heritage sites in July.