The owner of the store where the incident happened said after the woman stripped down naked, she started cursing, tossing wine everywhere and tore items off the wall. The woman was later arrested.

WICKENBURG, Ariz. - Wickenburg has its fair share of crazy stories, and now, people can add another story to the list: A woman accused of stripping naked inside a store.

The incident happened on Feb. 17. The woman, identified in court documents as Melissa Dawn Hahn, was at a bar in the area, where she had a couple of glasses of wine. She then headed to a store in the back, and allegedly bared her body.

"I’ve been here 16 years and I’ve never had this problem. Ever," said Karen Jones-Burk, who owns a local business called the Cactus Flower.

According to reports, Hahn walked into the Cactus Flower, and starts trying things on in the middle of the store.

The charges rang up past $4,000, well beyond the bare necessities. When Hahn's card was declined, she revealed herself in more ways than one and gave Jones-Burk a piece of her mind.

"'I have the money and I can do what I want,'" Jones-Burk said, recounting what Hahn said to her. "It just went from there."

Jones-Burk says the woman cursed her up and down, tossed wine everywhere, tore items off the wall, and then tried to leave with $800 worth of merchandise on her back.

"That’s when she proceeded to take everything out, and I mean everything," said Jones-Burk.

Police were called, and officers later caught up with Hahn. By then, she was out of her birthday suit, and into the clothes she allegedly stole. 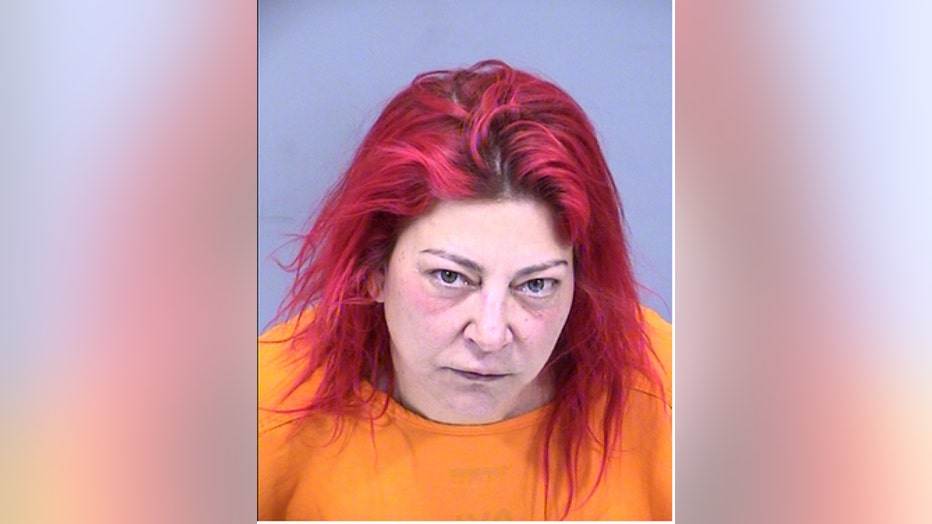 According to court documents, Hahn is accused of theft, disorderly conduct and indecent exposure.

As for Jones-Burk, she says she plans to press charges for the mess and missing merchandise.

"We don’t see that in Wickenburg. Wickenburg is a quiet cowboy town, and she was more of a wild woman," said Jones-Burk.

At one point, Hahn allegedly offered to buy the entire store, and told Jones-Burk that she’s on a $10,000 a day allowance, a claim that was backed up by her banker.

On that particular day, however, Hahn had already went over her spending limit.

Hahn is reported scheduled for a court appearance next week.