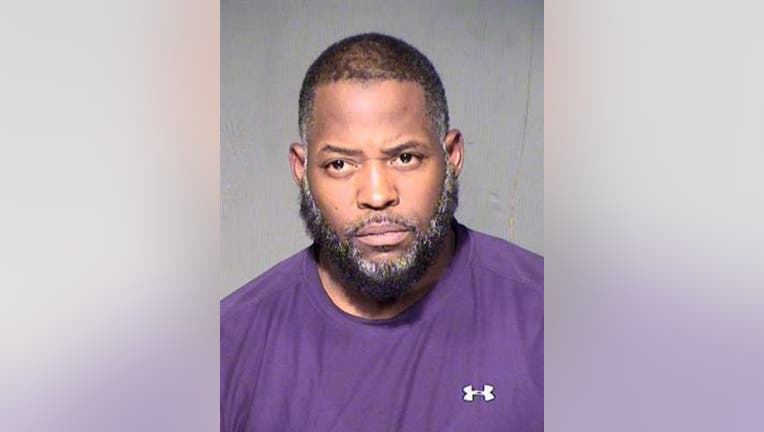 PHOENIX - A U.S. judge refused to toss out the entire case against a Phoenix man convicted of providing guns and training two friends who attacked a Prophet Muhammad cartoon contest outside Dallas but said he should be retried on a single count of transporting weapons across state lines.

The footage was taken by a camera outside Kareem's apartment, showing his roommates but not him on the day the friends left for Garland, Texas, the site of the attack.

Kareem was convicted in 2016 and sentenced to 30 years for providing the guns used in the attack carried out by Elton Simpson and Nadir Soofi, as well as conspiring with both friends to provide support to the Islamic State terror group. Shortly after they opened fire, Simpson and Soofi were shot and killed by an off-duty police officer.

Ten years could be dropped from Kareem's sentence if a new trial clears him of the single count of transporting weapons.

Authorities have said Kareem, who wasn't in Texas during the attack, trained Simpson and Soofi on using the guns and watched jihadist videos with them.

The FBI didn't turn over the surveillance footage until three years after Kareem was convicted, and prosecutors said the lead investigator in the case didn’t learn of the video until early this year.

The FBI has since said the video shows Simpson and Soofi in religious clothing, Soofi with a handgun on his hip and both men carrying unspecified objects out of their apartment.

Defense attorney Daniel Maynard said Friday the team was studying the judge's decision before deciding how to proceed.

The defense had asked that the case be dismissed because of the new evidence, arguing it helped Kareem because the camera mounted on a pole at the complex didn't capture images of Kareem.

Kareem's attorneys faulted the FBI for the lack of disclosure.

Prosecutors say FBI agents inadvertently overlooked the footage as they moved forward with a broad and fast-moving investigation. They said agents and prosecutors didn't have a motive to conceal the recording.