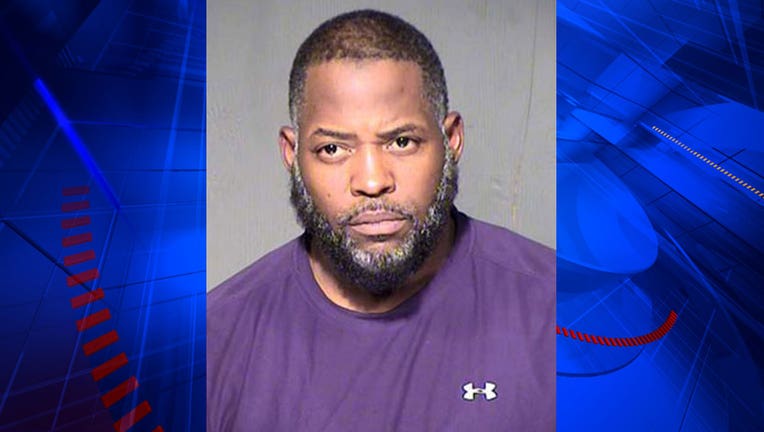 PHOENIX (AP) - A judge will hold a hearing Tuesday over the FBI’s failure to turn over surveillance footage to an Arizona man until three years after he was convicted of providing guns to two friends who launched a 2015 attack on a Prophet Muhammad cartoon contest in suburban Dallas.

Attorneys for Abdul Malik Abdul Kareem, who is serving a 30-year prison sentence for providing the guns and other convictions, argue the footage taken outside the Phoenix apartment shared by two friends who were later killed in the attack would have been beneficial to their client’s defense.

Kareem is asking a judge to either grant him a new trial or throw out his convictions and bar prosecutors from refiling the charges.

His attorneys said the camera, installed on a pole outside the apartment on the day that Elton Simpson and Nadir Soofi left for the anti-Islam event in Garland, didn’t capture any footage of Kareem, who was accused of being the trainer and providing financing for the attack.

They said the video would have raised doubts at trial because “a reasonable juror would expect someone who allegedly motivated, trained and bankrolled the attackers would be with them as they prepared to leave to handle any last minute questions or details.”

Prosecutors said the evidence will show FBI agents inadvertently overlooked the surveillance footage as they moved forward with a broad and fast-moving investigation.

“Neither the agents nor the government counsel had a motive to conceal the pole camera recording,” prosecutors wrote in an Oct. 3 filing.

Simpson and Soofi were armed with semi-automatic weapons, body armor and had a copy of the Islamic State flag when they arrived at the event. They were killed in a shootout with local police officers assigned to guard the event. A security guard was shot in the leg.

Authorities said Kareem, who wasn’t there, had trained Simpson and Soofi on how to use the guns and watched jihadist videos with them. Kareem testified he didn’t know his friends were going to attack the contest and didn’t find out about the shooting until after they were killed.

The existence of the camera outside the apartment isn’t the first surprising disclosure made by federal authorities since Kareem was convicted in March 2016.

In the months after his trial, authorities revealed for the first time that an undercover FBI agent had exchanged social media messages with Simpson days before the attack and was sitting in a vehicle outside the Garland convention center when the attack began.

As the agent drove around Simpson and Soofi’s car, which had stopped abruptly, the attackers got out and opened fire with military-style rifles. The agent drove away and was stopped by police. Prosecutors said the information about the undercover officer was classified at the time of the trial.

Kareem’s attorneys faulted the FBI for the lack of disclosure.

“The FBI took it upon itself to determine what was relevant and material and that is not how our system of justice works,” Kareem’s attorneys said in a filing in June.

The FBI and U.S. Attorney’s Office declined a request from The Associated Press to comment on the allegation that the FBI was improperly deciding what evidence would be seen in court.

Daniel Maynard, one of Kareem’s attorneys, also declined to comment on the upcoming hearing.

Prosecutors said they would have handed over the video prior to trial had they known of its existence.

As part of an earlier investigation into Simpson, an FBI agent requested the camera three weeks before the attack in Texas.

After the attack, the agent reviewed the video as the FBI prepared to carry out search warrants at Simpson and Soofi’s apartment, but she didn’t note anything of evidentiary significance in the video and didn’t let another agent who led the Kareem investigation know about it.

The lead FBI agent in the Kareem investigation didn’t learn of the video until early 2019, prosecutors said.

The existence of a pole camera was discovered in November 2018 as prosecutors reviewed records in the Kareem case during post-trial litigation. They found a reference to a pole camera at Simpson and Soofi’s apartment complex, leading prosecutors to ask an agent to track down information about the camera.

Even though the footage was disclosed years after Kareem’s trial, prosecutors said the camera didn’t offer a view of both entrances leading to the apartment, meaning Simpson and Soofi could have come and go without being seen by the camera.

“Therefore, the failure to disclose the video, although certainly a mistake, does not warrant a new trial either standing alone or in combination with any of the other information disclosed since the trial in this case,” prosecutors wrote.