PHOENIX - An indictment released on June 28 charges an Arizona man with murder and aggravated assault in a string of drive-by shootings earlier this month in metro Phoenix.

The grand jury indictment against 19-year-old Ashin Scott Tricarico mirrors the charges filed previously by prosecutors after his arrest 11 days ago.

He is accused of killing one person and injuring a dozen others. In all, he is charged with 31 felonies. 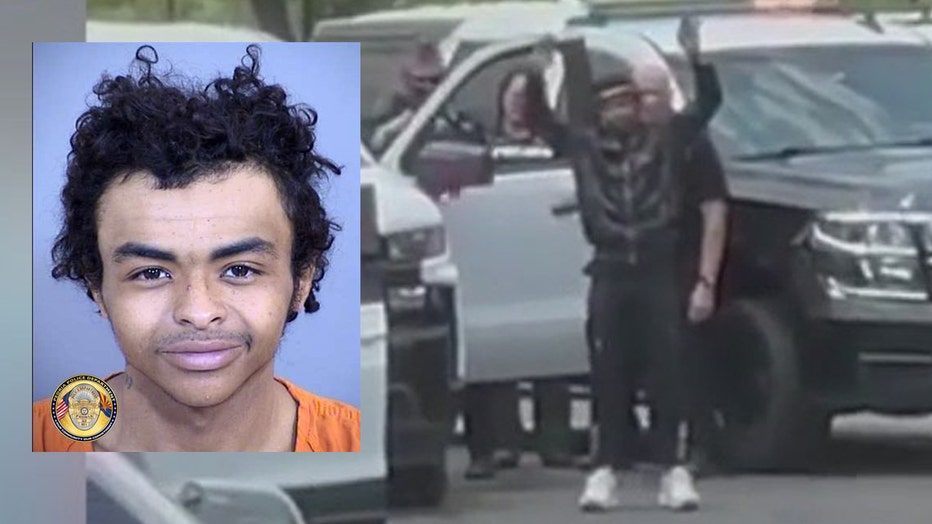 Tricarico is accused of opening fire on cars and pedestrians from his SUV in at least eight separate shootings in three Phoenix suburbs. 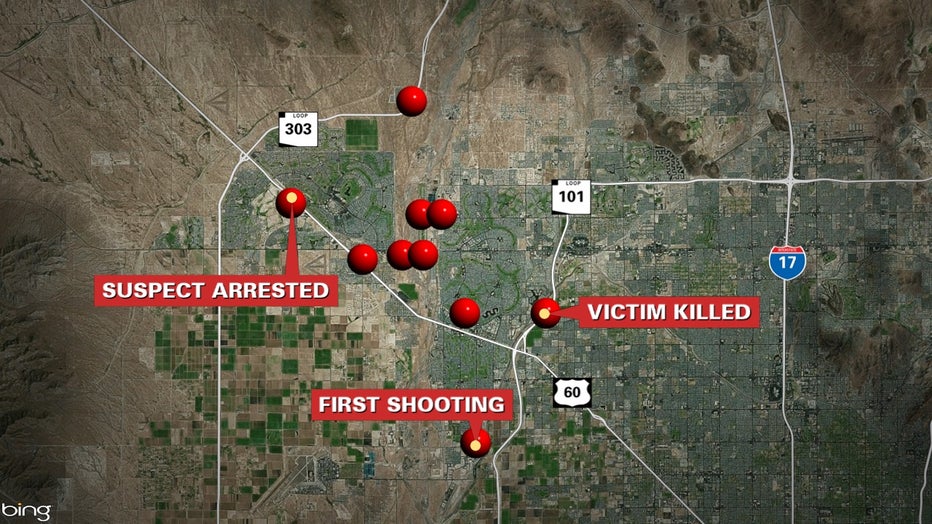 A map showing where all of the shootings occurred.

Four people were shot, including 67-year-old David Liebler, who was found dead in a pickup truck that had gone off the road and into a canal near a freeway. A 3-year-old child was in one vehicle with her mother when the front windshield and driver’s side door were hit, but wasn’t harmed.

Investigators said Tricarico told them that he believed people were after him because of his involvement in another shooting.

More than a month before the shootings, police say Tricarico was working as a licensed security guard at a north Phoenix restaurant when he shot a male customer outside who was reportedly intoxicated, causing a disturbance and charging at Tricarico.

Police said the man was taken to a hospital with an injury that was not life-threatening, and Tricarico remained at the restaurant and cooperated with investigators. The case is still being investigated, and Tricarico told police he shot the man in self-defense.

In all, a man was killed and 12 others were hurt in a series of shootings. Investigators accuse 19-year-old Ashin Tricarico of shooting at 13 people in 90 minutes. FOX 10's Justin Lum reports.