It was a scary moment for a mother of two whose car caught fire on the afternoon of Friday, Sept. 10 near 7th Avenue and I-10 in Phoenix. Once she saw smoke, she instantly knew to rescue her kids before the car burst into flames.

PHOENIX - It was a scary moment for a mother of two whose car caught fire on the afternoon of Friday, Sept. 10 near 7th Avenue and Interstate 10 in Phoenix.

Brittney Thrash says she had just finished picking up her son from school when suddenly her car started smoking. "It was scary. It was probably the scariest thing I had to deal with in my life," she said.

"I looked up and I saw sweat coming from my daughter's face. I looked around and I sort of saw smoke and then after I saw these women pointing at my car, so I instantly knew the smoke was coming from my car," Thrash explained. 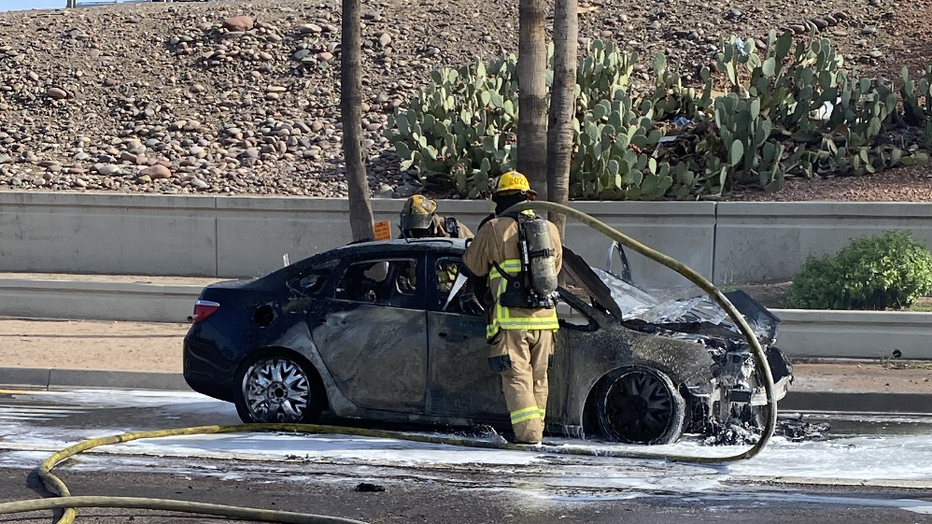 Aftermath of a burned car near I-10 and 7th Avenue. Photo by Brittney Thrash

She instantly stopped her car, told her son to get out and unbuckled her daughter from her car seat.

Moments later – the car caught on fire with flames and smoke billowing into the sky.

"It just blew up. It was instant as soon as I got them out the car," she said.

Despite now being car-less, Thrash and her kids are OK.

It's not known what exactly caused her car to burst into flames.

To help Thrash and her family after losing their car and belongings inside, visit her GoFundMe. 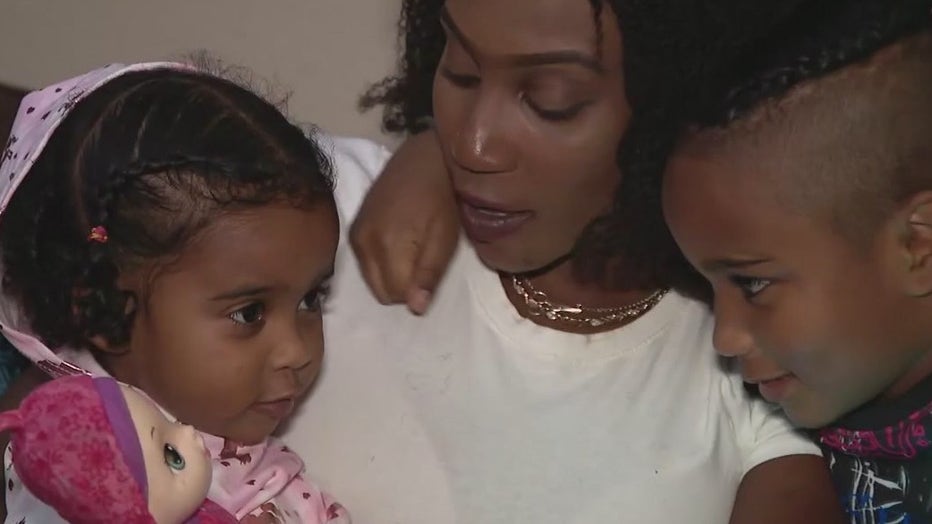 Brittney Thrash and her children

Phoenix woman shares footage of her car bursting into flames

Brittney Thrash shared footage of her car after it unexpectedly burst into flames near I-10 near 7th Avenue. She pulled out her children just in time.

Crews are dealing with a gas leak that prompted the evacuation of homes in a portion of North Scottsdale.

An Arizona couple were pulled to safety, as their car was engulfed in flames on a highway in California.