Arizona Rep. Ann Kirkpatrick says she will not seek reelection

"Serving Arizonans has been my absolute honor and joy, but after much consideration, I have decided not to seek re-election in 2022. I will continue the good fight through this Congress, and when the term is up, I will hand over the baton," she said in a statement on March 12.

Kirkpatrick, 70, has represented two different districts during her congressional career — first a district in mostly rural northern and eastern Arizona and more recently the 2nd District that includes much of the Tucson area in southeastern Arizona.

In between her House stints, she ran unsuccessfully in 2016 for U.S. Senate, losing to incumbent Republican John McCain, who died in 2018.

In early 2020, Kirkpatrick was absent from Congress for six weeks for treatment of alcoholism, a move she said was prompted by a fall that she saw as "a little bit of a wake-up call."

Kirkpatrick, who won reelection in November to her second term from her current district, told Arizona media outlets that her health and recovery weren’t factors in her decision to leave Congress and that she wanted to spend more time with family, including three grandsons.

The district has been competitive in recent elections but Kirkpatrick defeated Republican challenger Brandon Martin by a nearly 40,000-vote margin in November. 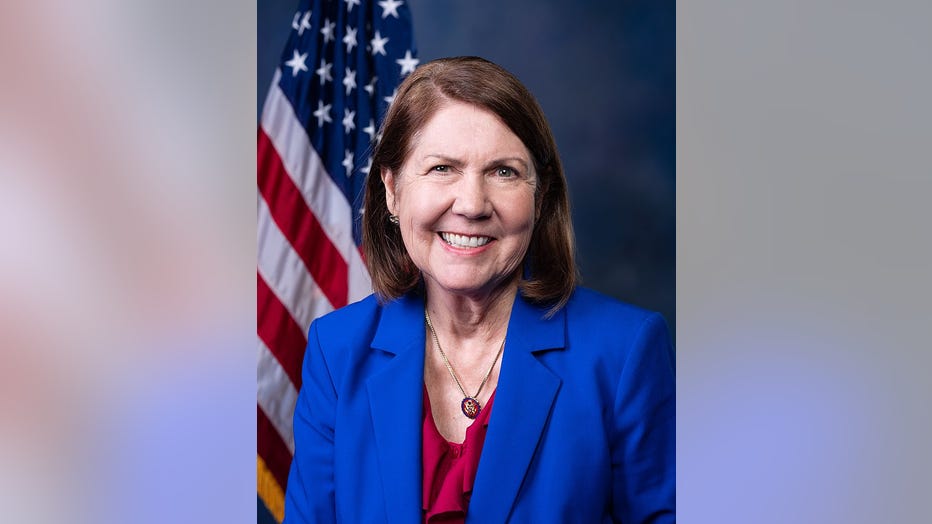 An attorney, Kirkpatrick was a state legislator before first running for Congress.

Kirkpatrick lost a 2010 reelection bid in 2020 to Republican Paul Gosar. But Kirkpatrick won the seat back in 2012 while Gosar ran in a neighboring district after redistricting.

"Every two years for the past 18 years, there has been an election in Arizona with my name on the ballot. Serving Arizonans has been my absolute honor and joy, but after much consideration, I have decided not to seek re-election in 2022. I will continue the good fight through this Congress, and when the term is up, I will hand over the baton.

"As Arizona’s appropriator, I have strived to be accessible. Taking a page out of Congresswoman Giffords’ book, we hosted ‘Congress on Your Corner’ events and have driven miles and miles across our southwest desert state. From the Navajo Nation to the southern border, we have met with countless folks learning about what local issues need a voice. I have always promised my constituents, whether you agree with my position or not, I will tell you where I stand, and I will work for all Arizonans.

"My childhood was an excellent foundation for serving Arizona. I was born in McNary on the Apache Reservation. In fact, I learned to speak Apache before English. I grew up in rural Arizona, where my mother was a teacher on the Apache Nation, and my father owned the small general store in the area. Even though my high school counselor told me that ‘women don’t go to college,’ I went anyway and then some, graduating with a law degree from the University of Arizona.

"When they said that certain congressional districts could not be won, I tried anyway and won. In Congress, my office was instrumental in helping pass the Affordable Care Act and the Indian Veterans Housing Opportunity Act. We guaranteed important water rights for Native American tribes in Arizona and helped our veterans in rural areas get better healthcare. My office has championed the bipartisan Local Journalism Sustainability Act to make sure that people have access to factual information.

"Over the years, I have evolved on some issues, which I believe is key to being a good leader. I have sought and continue to seek ways to work across party lines when possible, but I also stand my ground on values that should never be compromised.

"Throughout my time in public service, I have learned that the highs are high, the lows are known, and the magic lives in the people you meet. The local issues in Douglas are certainly different than in Flagstaff, but the requests from communities are similar: ‘remember us when you’re in Washington.’ How could I forget? Arizona is home. And representing my home state has been the highest honor.

"As Arizona continues to grow, I hope our representation does as well. I look forward to seeing new and diverse perspectives emerge to lead Arizona forward.

"Over these years, I’ve been blessed to have family faithfully at my side. Since before Roger and I got married in 2009, he has been my companion and cheerleader, driving me to events, wearing my campaign t-shirts, and encouraging me to pursue my goals. I am forever grateful for him, and for my children and grandchildren, who make the unrelenting fight for a more fair and equitable society, all the more vital.

"Throughout this statement, I have used both ‘we’ and ‘us,’ because this has never been a one-woman show. Alongside me are a team of current and former staffers who have helped fulfill our mission. It gives me immense pride to know that the culture of our team is what it is and always should be: good people that, above all else, prioritize service to others.

"For now, our work for Arizona is not finished."