Arizona Senators Martha McSally and Kyrsten Sinema and Congressman Andy Biggs will be a part of the task force.

"This morning, I spoke to President Trump, Vice President Pence, and Senators on both sides of the aisle to discuss how to allow people to safely return to work while saving lives and defeating the virus,” McSally said in a statement.

"I’ve been in constant communication with Arizona small business owners, industry leaders, and elected officials to understand the challenges they are facing," she continued, "And develop solutions that will put us in the best possible position to harness economic growth once we have turned the corner on this crisis." 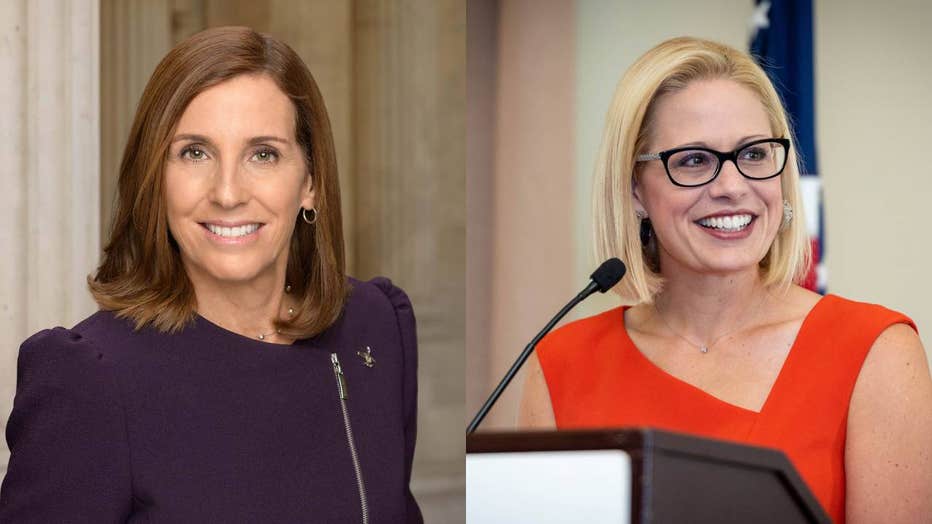 “I will work with anyone to support Arizona’s state and local leaders, ensure our communities adhere to scientific best practices to address our current health emergency, and provide employers the resources to quickly recover and get Americans back to work once the immediate crisis has passed.”

Congressman Biggs also released a statement on Thursday after being appointed to the task force:

“Under President Trump’s leadership over the past three-plus years, the American economy enjoyed historic success. Millions of jobs were created. The unemployment rate was at a record low. And wages were rising. The Trump administration’s pro-growth policies were paying dividends for millions of American individuals, families, and businesses.

“As we pivot from a shutdown of our economy due to the coronavirus outbreak, it’s important to keep the president’s track record of tremendous results in mind as we move to restore the economy to its former brilliance. President Trump believes in the American people to be the masters of their own economic destinies, as do I. I am grateful to be included on this team, and I look forward to assisting the president with his tireless efforts to make America greater than ever before.”

MORE ON JOBS AND THE ECONOMY: https://www.fox10phoenix.com/tag/health/coronavirus/economy