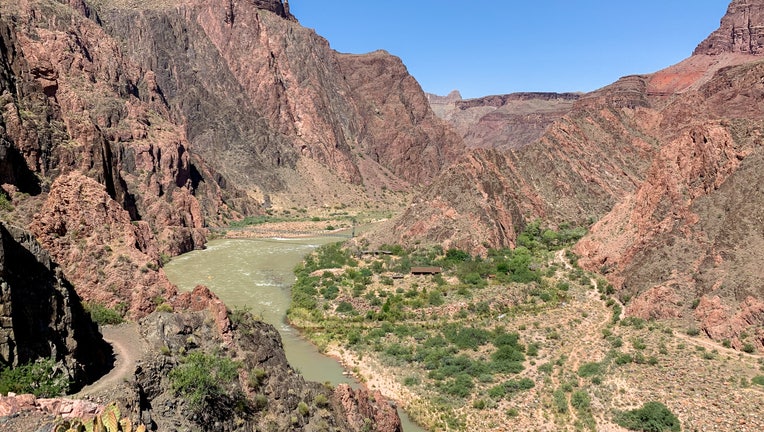 The Colorado River is seen from the South Kaibab Trail along the Grand Canyon South Rim in Arizona, United States on June 21, 2019. The collection includes views of the suspension pedestrian bridge and surrounding hiking areas. (Photo by Patrick Gors

FLAGSTAFF, Ariz. (AP) - Arizona is getting a jump start on what will be a yearslong process to address a dwindling but key water source in the U.S. West.

Several states and Mexico rely on the Colorado River for drinking water and growing crops. But climate change, drought and demand have taken a toll on the river that no longer can deliver what was promised in the 1920s.

Arizona, New Mexico, Colorado, California, Utah, Wyoming and Nevada have been operating under a set of guidelines approved in 2007. Those guidelines and an overlapping drought contingency plan will expire in 2026.

President Donald Trump on Tuesday signed a plan to cut back on the use of water from the Colorado River, which serves 40 million people in the U.S. West.

Arizona water officials are gathering Thursday to start talking about what comes next, while other states have had more informal discussions.

Meanwhile, the U.S. Bureau of Reclamation is reviewing the effectiveness of the 2007 guidelines. The report is expected later this year.